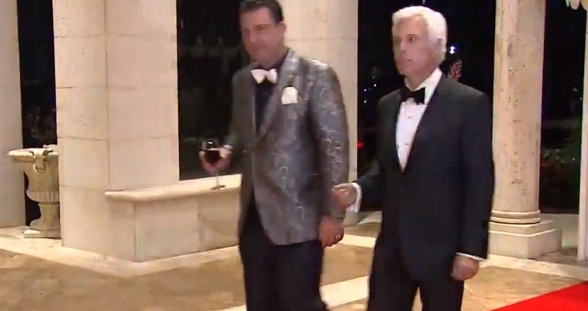 President Donald Trump is back in D.C., Save Jerseyans, but, on Sunday night, the Republican President of the United States rung in New Year 2018 with a lavish party hosted at his Mar-A-Lago estate.

PRESIDENTIAL NYE PARTY: Guests are arriving at President Trump's Mar-A-lago estate for a lavish New Year's Eve party. The president says that he expects the new year to be "tremendous."DETAILS: http://bit.ly/2qbJNy6

The high-powered New Jersey Democrat’s presence at this particular GOP president’s private celebration isn’t surprising to long-time observers of state politics; yes, Norcross is reportedly a member at Mar-a-Lago but the tri-state regional pair have actually enjoyed a personal and professional relationship over many years, one which long preceded the Donald’s 2016 presidential run.

Not present at the party, by the way?