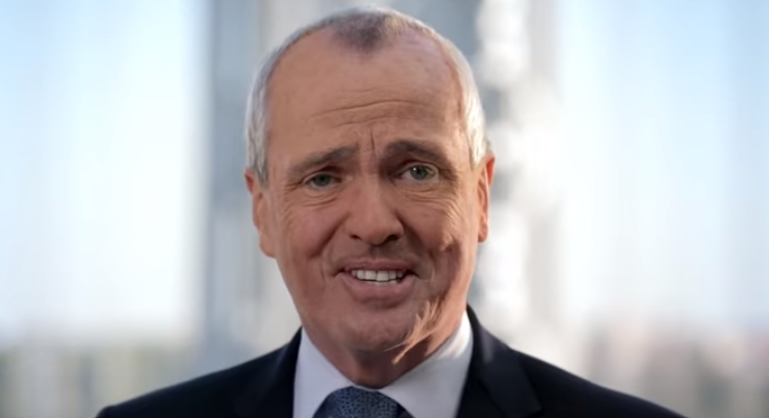 1) Stop yapping!
You talk a good game, Mr. Murphy. Oh, yeah. But you don’t seem to really DO very much. The time for making things actually happen is arriving. You’d better be ready to talk less and listen and act lots more.

2) Put some meat on them bones.
You announced lots and plenty of grandiose plans. But now you have to flesh them out. What do you really intend to do and how you gonna do it, huh? You’d better fess up!

3) Stop the class-warfare.
You seem to like to pit class against class. But we’re wise to you, sir. And the wiser we get, the less we like it. Cut it out!

4) Don’t look ‘n act so geeky.
With all due respect, there’s something about you that seems vaguely non-Jersey. You often appear to look and act somewhat goofy — a bit inauthentic, actually — for this hard-nosed state. You’re not in the People’s Republic of Taxachusetts anymore. Maybe you need to “adjust” a bit, ya know?

5) Remember: THIS is your first responsibility!
Yeah, we know you’ve got Big Plans and even Much Bigger Ambitions. But this is Joizee and you answer to us, first. Lower your horizons. You’re job is here and in this most densely populated state in the union, there’s no place to hide.

6) Chuck the identity politics.
Sucking up to self-absorbed, self-defining groups robs all of the rest of us. Plus, it’s not very fair to the groups you’re pitching too, either. It’s divisive — and it’s patronizing. Chuck it.

7) What about the infrastructure?
Much of the state seems to be crumbling — and that encompasses broad swaths. It isn’t isolated to one region, to cities vs. suburbs vs. exurbs. It’s all over. Get to work on it.

8) Don’t forget bread ‘n butter stuff.
We pay the bills, mister. Remember us — the taxpayers? You’d better sharpen that pencil. And don’t cop out like that other bean counter from Goldman Sachs. What a disaster he was!

9) You ignore South Jersey at your own peril.
You’d better not give us short shrift. We’ve finally learned how to assert ourselves and we’ve come a long way in the past eight years. We know how to jawbone and how to broker. The state doesn’t end at I-78. You’ve got some bridge building to do down here — and don’t you forget it!

10) Get your head outta the [global] clouds.
This ain’t Europe or Asia or any of those other places where you’ve spent much of your career or where you may have a home. No way, Monsieur Ambassador! Some of the most important battles that defined America were fought here — and not just way back then. Toss all those global buzzwords, stay close to Jersey soil and get real. And this, too: Pay attention!

Finally, we strongly suggest you find a way to reach out to the GOP Congress and President Trump & Co. You’re gonna need ’em, fella. There’s heavy lifting ahead!