NJ-11: Webber says the Frelinghuysen succession scramble ‘should wait for another day’ 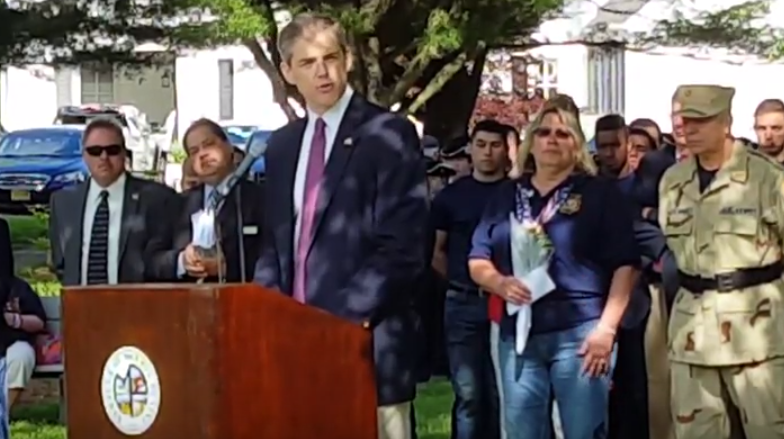 Morris Plains, NJ – Congressman Rodney Frelinghuysen’s Monday retirement announcement has already set off what was correctly anticipated to be a frenzied behind-the-scenes contest.

One leading hypothetical contender – Jay Webber (R-26), a veteran GOP Congressman from Morris County, the heart of the district – took the statesman’s approach publicly and called for twenty-four hours of respect for the departing federal legislature.

“I thank and congratulate Congressman Frelinghuysen for his longstanding and dignified public service to the people of New Jersey and the United States of America. With his retirement announcement, today is a time for his constituents and the State to reflect on and appreciate the Congressman’s dedicated representation of our citizens. Any discussion of what comes next should wait for another day,” said Webber in a statement.

Webber’s “pros” include fundraising ability as well as credibility with both New Jersey and national Republicans (e.g. he’s a member of the Reagan Ranch Board of Governors,).

But the list of other potential NJ-11 candidates is long and growing by the second as potential nominees jockey for the right to try and hold Frelinghuysen’s seat against Democrat Mikie Sherrill. The likelihood of a contested primary is strong.

The 11th District is an R+3 on the oft-cited Cook Political District but is currently considered a toss up by most pundits due to the shifting nature of the relatively wealthy suburban district’s political allegiances.

1 thought on “NJ-11: Webber says the Frelinghuysen succession scramble ‘should wait for another day’”