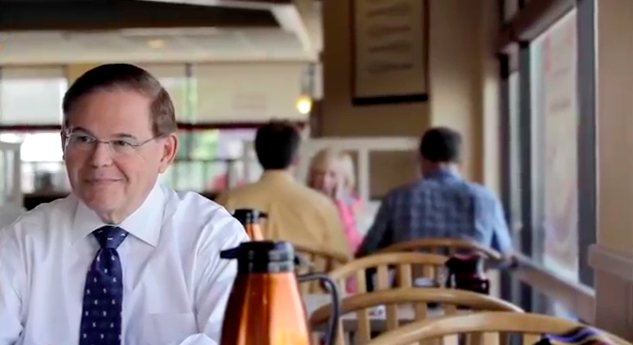 Bob Menendez’s lucky break is a blow for Republicans who hoped a well-heeled candidate could topple the ethically-challenged New Jersey U.S. Senator with a corruption trial as the election’s backdrop.

“Narrowly avoiding a re-trial on federal corruption charges doesn’t mean Senator Menendez is worthy of reelection. New Jersey deserves better than a career politician who accepted lavish, tropical vacations and private jets courtesy of a major campaign donor, and then tried to hide those perks from the public,” said Steinhardt. “Senator Menendez’s real judge and jury will be voters who have already indicated they overwhelmingly find his behavior unacceptable. The burden of proof is back on Senator Menendez’s shoulders and New Jersey’s electorate will decide if he’s worthy of their vote in November.”

National Republicans presently enjoy a slim 1-vote majority in the upper chamber of Congress, but Democrats must defend 3-times as many seats in 2018 as the GOP (24 Dems vs. 8 Republicans).

The N.J. GOP establishment is quickly coalescing around Bob Hugin, the newly-former top man at the pharmaceutical dynamo Celgene.