VIDEO: O’Scanlon’s plea to save the arb cap falls on deaf ears 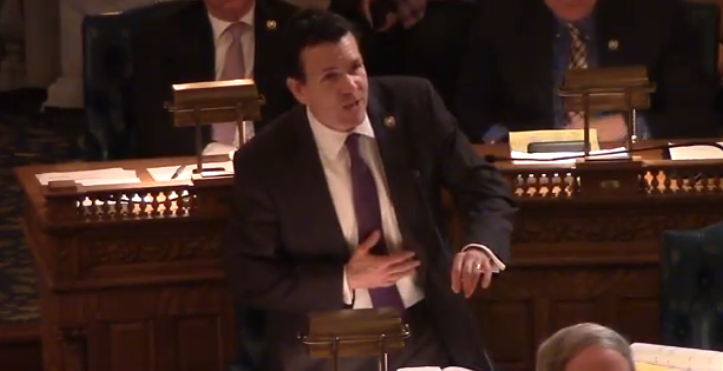 Assemblyman Declan O’Scanlon (R-13), who’s about to become state Senator O’Scanlon (he was elected to replace the retiring Joe Kyrillos), took to the Assembly floor on Monday night as the final legislative session before Trenton’s biannual turnover to deliver a final impassioned plea on behalf of the 2% arbitration cap opposed by police and firefighter unions. The arbitration cap dates back to January 1, 2011 and had been extended for a 3-year period in 2014.