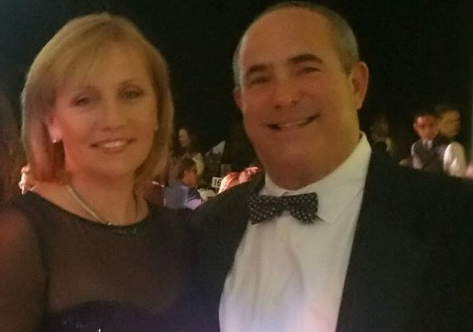 I know you’re all interested in what’s going on, if for no other reason because control of the U.S. House of Representatives could very possibly hinge on the fortunes of our region this fall. Here’s a brief summary of what I know (or am at least being told by people who should know something), and I’ll provide updates whenever they surface:

The younger Bucco (as he’s known given his state Senator father’s prevalence on the political scene) has already put together an exploratory committee which includes a Morris-intensive compliment of four freeholders, the county clerk, the sheriff, four mayors, fellow Assemblyman Michael Patrick Carroll and Rob Zwigard, viewed by some as the likely next chairman of the county Republican Party. It’s a solid list if you’re trying to win Morris County which, obviously, is a big part of the equation here. Of course none of this means there still isn’t room for another Morris candidate. This IS Morris, after all, where the county GOP infamously lacks “a line” making it easier for non-establishment forces to score upsets (see Hank Lyon’s recent freeholder tenure as a prime, recent example). State Senator Joe Pennacchio has already announced an exploratory committee of his own. Others are still talking.

It does mean Bucco is a serious potential candidate at this stage, buoyed (I’m told) by the counsel and party connects of former Christie and Giuliani adviser Mike DuHaime who, in 1997, cut his teeth as campaign manager for the elder Bucco.

There’s a group of GOP’ers who are tired of Morris County owning this seat and who have strong opinions about the county’s history of infighting, chief among them Essex County Republican and lobbyist Al Barlas. The two names in play for those who’d like to see Morris taken down a peg: Kristin Corrado and Joe Caruso, both of Passaic County. Corrado isn’t just the incumbent LD40 State Senator but also a two-time winner of county-wide office in her blue-leaning North Jersey county. A female Republican who is able to win in some of NJ-11’s toughest territories is appealing considering that the presumptive Democrat nominee Mikie Sherrill is a female Navy pilot. Caruso is nevertheless relatively well-heeled and a proven fundraiser with Bergen connects from his days with the BCRO. Corrado isn’t ruling anything out; Caruso has formed an exploratory committee.

I think it’s unlikely that BOTH ultimately decide to run since Morris County will likely account for 50-60% of the primary electorate but hey, does that REALLY matter? I’m not sure your average voter, in a potentially crowded primary, cares as much about geography? Especially given the Morris County GOP’s wild west approach to the nominating process? A superior message, messenger and work ethic (aided by the requisite amount of money) can prevail this spring.

Multiple sources (can’t tip my hand but trust me, they’d know) have confirmed that Jerry Langer — the long-time N.J. GOP fundraiser and head of Langer Transport Corporation — HAD been approached by national Republicans and he is seriously considering a run.

Why are national Republicans interested in Langer? For starters, the Morris-based business mogul is the only candidate mentioned in this post who could self-fund his race from start to finish or, at the very least, have no problem finding the money necessary to defend the seat. That’d be a huge relief for an NRCC and White House finding themselves forced to defend a growing number of open seats across the country. They’re spooked by the potential for a brutal primary or, even worse, a candidate who requires a ton of outside resources in the general election in order to remain viable in the face of a DCCC assault. The affable and well-networked GOP money man could upend the race (and possible clear the field) with his cash. Stay tuned.

Webber is the favorite of grassroots Republicans but I’ve spoken to a number of committee people/municipal leaders in key towns who haven’t heard from the youthful and conservative father of seven kids though, it seems, he did make an initial round of calls to high-ranking party leaders. The people who haven’t heard anything are the sort of people you’d expect would’ve gotten a “heads up” IF a campaign was imminent. Rather than leak news of a exploratory committee or publicly decline to rule out a run (the polite way of saying “I might do this thing”) like the other hypothetical candidates, Webber offered only a cool admonishment tinged with a teasing tone, on the day of Frelinghuysen’s announcement, stating that the departing Congressman deserved a day of praise before the race began.

So will Webber pass? Observers think it’s possible notwithstanding a long-held expectation that he’d bust a move whenever Frelinghuysen headed into retirement. We should know more by the end of next week I’d expect.