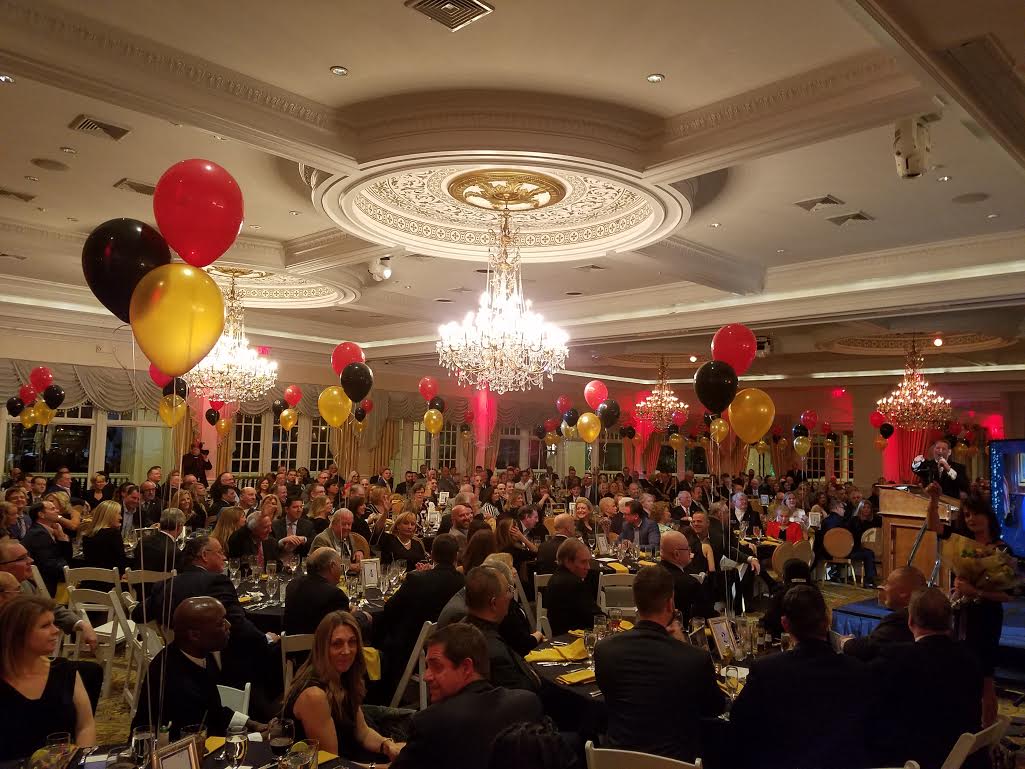 The focus of New Jersey Republicans at the moment is rightly on high-stakes 2018 congressional primaries in NJ-2, 5 and 11, but Phil Murphy’s alarming first days in office have done nothing to diminish the nearly-decimated opposition’s appetite for a comeback in four years.

To that end, one of the potential contenders put on an impressive display of strength in battleground Monmouth County.

In case you missed it (I haven’t written on it yet thanks to a crazy news cycle over the last several days), Monmouth County Sheriff Shaun Golden‘s 7th annual Starry Night Winter Event fundraiser at the Eagle Oaks Country Club hit record attendance this year; organizers at the event told me that around 850 tickets were sold and dozens more, unable to secure seats, were milling about in the bar areas of the massive venue.

I’d guesstimate there were probably close to 1,000 there throughout the course of the evening.

And it wasn’t just county committee-types and legislators. Far from it.

I arrived about an hour late thanks to traffic near Exit 4 and, upon working my way around the room, ran into hosts of first responders, neighbors, and relatively apolitical friends of Golden. A lot of them.

Congressman Chris Smith held court near the stage as did former Lt. Governor Kim Guadagno. There were also a significant contingent of out-of-county GOP leaders including State Senator Sam Thompson of nearby Middlesex County, Chairman Keith Davis of Atlantic County, and Jose Arango, the “chair of chairs” out of faraway Hudson County.

Golden isn’t the only Republican name in circulation for the distant gubernatorial contest. Some of the attendees spoke of Congressman Tom MacArthur (R, NJ-03), increasingly powerful in Congress and popular with Trump backers, and state Senator Tom Kean (R-Union), a strong name even decades after his own father’s governorship with establishment support, as potential Golden adversaries. Again, it’s worth noting that the other names were mentioned in the context of Golden’s expected candidacy. Supporters took it as granted that their favorite son would be a contender a few years down the road.

Tests lie ahead closer to home, too. LD11 is now all-Democrat after Vin Gopal’s successful defeat of Jennifer Beck; the sheriff, who doubles as county party chairman, also needs to beat and replace a rogue freeholder, John Curley, in one of this cycle’s more intriguing intra-party battles. All the same, I couldn’t find a reason to doubt the Golden supporters’ optimism based upon the annual gathering’s impressive show of strength.

BTW – For those interesting in learning more about this particular 2021 prospect, I sat down with the Sheriff back in 2014 for a chat over breakfast. Here’s the recap.