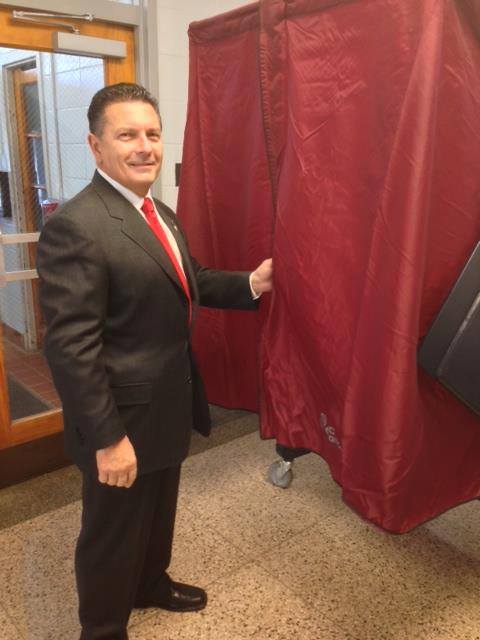 VINELAND – Former Cumberland County Freeholder and N.J. State Assemblyman from the First Legislative District Sam Fiocchi is joining a crowded primary field, Save Jerseyans, in the race to succeed Frank LoBiondo in CD-2.

According to a campaign spokesman, veteran GOP operative Steve Kush, Fiocchi has already delviered letters of intent to all the county chairs and he’s making the requisite county committee phone calls, too.

The candidate says he was recruited.

“I’ve been fielding calls from folks across the congressional district asking me to consider running for Congress since shortly after Senator Van Drew announced he was running back in November,” Fiocchi said. “Recently, as some Republicans have announced their intentions to run others have called. I’ve discussed the possibility with my family and friends, they are supportive and I’m running.”

“As a freeholder and as an assemblyman, I’ve fought for South Jersey and I will continue to standup for South Jersey in Congress.” Fiocchi said, “This district needs a Republican who is unafraid to stand with President Trump because, like it or not, the President’s policies are working. We can’t afford to send a Democrat to Washington who will simply stand with Nancy Pelosi and say no to everything.”

Fiocchi lost his reelection bid to the Assembly in 2015, falling to Van Drew’s Assembly running mates.

The Second Congressional District encompasses all of Atlantic, Cape May, Salem and Cumberland counties as well as portions of Camden, Burlington, Gloucester and Ocean counties.