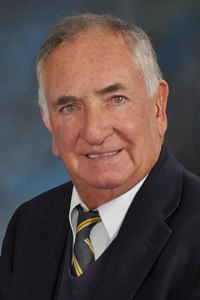 EGG HARBOR TOWNSHIP, N.J. — It’s the end of an era in Atlantic County.

The AC Press was first to break the story.

McCullough, 76, told supporters that he plans to spend more time with his family.

“My 32 years on the governing body and 28 years as mayor is a record of which I’m proud,” McCullough opined. “I just want to spend more time, especially with my grandchildren. I want to see them grow up.”

McCullough is a major power broker in regional politics; he briefly served as state senator representing the second district, from 2007 to 2008, before being defeated by the late Jim Whelan.

Commissioner of the Atlantic County Utilities Authority Paul Rosenberg, himself a former candidate for countywide office, is rumored to be a leading contender to succeed McCullough.