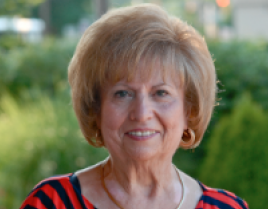 The road to a return for relevancy for the GOP in Bergen County starts in Paramus.

The 25,000+ shopper’s paradise which voted for Donald Trump in 2016 and Phil Murphy in 2017  tends to drive the county in the last few Republican victories. Last year, Chris Di Piazza defeated two Democratic incumbents to set up a battle for control this year.

Republicans will need to win 2 of the 3 available seats to take control.

Sources are telling Save Jersey exclusively that Republicans are leaning toward nominating Councilwoman Jeanne Weber to take on Mayor Rich LaBarbiera.

Weber is currently serving her second term finishing first in both 2013 and 2016. She is arguably the most popular Republican town, and most expect with a strong campaign she would defeat LaBarbiera.

Weber was unavailable for comment. The other elected official, Di Piazza, has already ruled out a run for mayor and is inclined to support Weber.