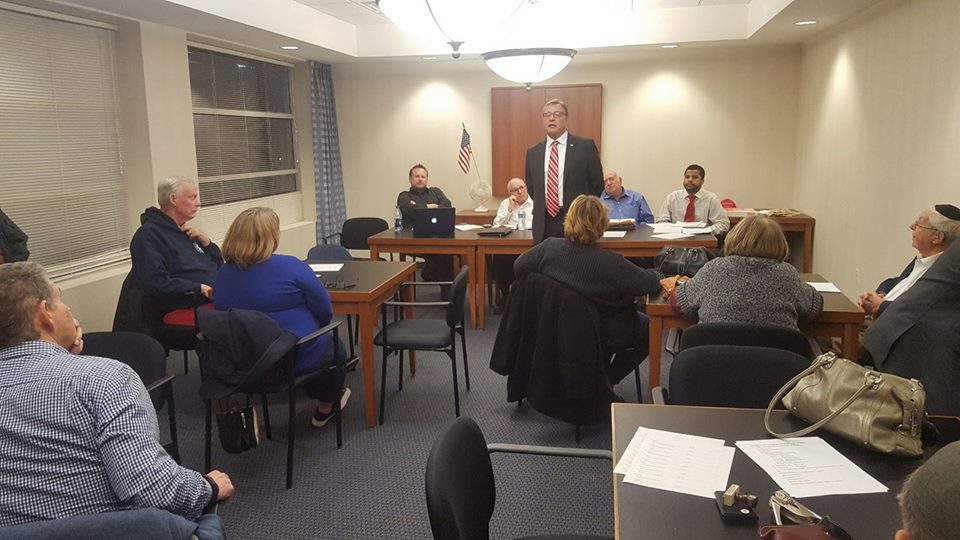 He says it was “rigged.”

Here’s the full statement from his campaign:

This was the same body of insiders that recently changed the rules of the county committee to allow Peter Murphy to grab the chairmanship again. Murphy had been barred under county committee rules that made those convicted of crimes ineligible.

County boss Peter Murphy obviously feared an open democratic vote, so he engineered his own Soviet-style election and received a predictably Soviet-style outcome. The Republicans of Passaic County deserve better. They deserve integrity and honest dealing. Hold on, the cavalry is coming.

What comes next during the county endorsement phase is unlikely to make Team Lonegan feel any better.

Neighboring Bergen County may not even have a vote according to published reports, meaning that Lonegan would need to rely on his superior name recognition among registered New Jersey Republicans to overcome the institutional obstacle presented by running off-the-line/without the party slogan. That means more money spent corralling voters and targeting supporters in the run-up to the early June poll.

There are only two Passaic towns in NJ-05: Ringwood and West Milford. The latter nevertheless is home to a decent chunk of reliable GOP primary voters.

A Republican county committee member in NJ-05 — who asked to remain anonymous because this person hasn’t made a formal endorsement to date — replied simply “[y]eah, well, that’s Steve being Steve” when asked by Save Jersey to comment on the Lonegan camp’s loaded allegations.

Lonegan and McCann are fighting for the right to challenge freshman Democrat Josh Gottheimer in November.