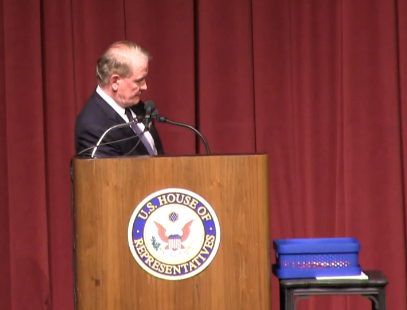 On Friday, April 27th, the Republican Congressman announced an in-person town hall meeting at Phillipsburg High School in Phillipsburg, New Jersey, to discuss topics including “his leadership role on the Gateway Tunnel and sanctions against Russia, government funding, national security and Syria, the Mueller investigation, gun and school safety” according to his congressional office.

Lance also invited constituents who need help with the IRS, Social Security Administration, Veterans Affairs, the State Department,, or other federal agencies to turn out and seek assistance for him staff.

The ticketed event is free but only open to NJ-07 residents.

In his current office since 2009, Lance is expected to face a tough reelection fight this fall due to strong political headwinds in both New Jersey and nationally.