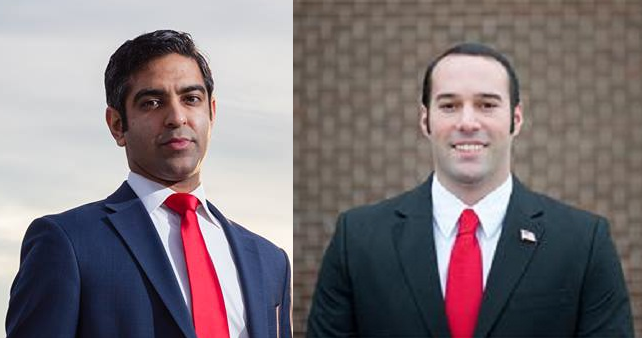 On Wednesday, the Secretary of State issued a final decision which verified the failure of Fitzherbert — a Somers Point engineer and first time candidate — to overcome a petition challenge initiated by Galloway-based GOP operative Chris Coleman.

Fitzherbert filed 219 signatures; only 193 were deemed valid, an amount that’s 7 short of the 200 signature threshold to file for a congressional race in New Jersey.

Before his unceremonious departure from the ballot, Fitzherbert was endorsed by the Gloucester County GOP.

It was clear who Fitzherbert blamed for his ejection from the once-sprawling field.

“Hirsh Vardhan Singh is a 33-year-old boy that lives at home with his parents, but wants to be a Congressman representing #SouthJersey,” Fitzherbert said in a statement. “At least right now. He’s a professional politician that has run for Governor, Senate, and Congress, all in the last twelve months. Someone that wanted to ‘go to war with the Republican establishment’ when he was a Senate Candidate earlier this year when he called me to ‘team-up.’ Hirsh Vardhan Singh has no platform, other than to build a bridge from Cape May to Delaware with taxpayer money. If he wins, and this bridge happens, I hope he puts his name on it so that everyone can be reminded of what a colossal waste of money it was and that it did nothing to bring economic development to the 2nd District.”

The Singh camp responded with a more conciliatory but direct statement.

“Brian has a bright future in the Republican Party,” Singh campaign manager Michael D Byrne, who was present at the hearing, told Save Jersey on Tuesday. “Its unfortunate he didn’t have enough signatures to appear on the ballot, but every candidate must play by the same rules.”

Fitzherbert now has the opportunity to press his case with the Superior Court.

“I’m formally appealing,” the candidate told Save Jersey on Thursday morning after this story originally ran.