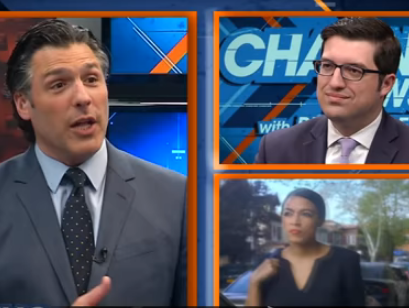 TRENTON, N.J. — Save Jersey‘s Matt Rooney isn’t impressed by Democrat Socialist Alexandria Ocasio-Cortez primary victory in New York, at least in terms of what it means for the Democrat Party’s future.

“And what they believe… I mean, it makes Jack Kennedy look like a Freedom Caucus member. Right? These are not ‘progressives’; these are people who would feel more comfortable down in Venezuela which is collapsing, just like the Democrat Party,” Rooney told Chasing News host Bill Spadea during Wednesday’s panel.

“It’s terrible news for [Governor] Cuomo,” Rooney added, “because the Democrat Party is having trouble walking that line between staying in touch with normal Americans who are not socialists and the crazies who are represented by this primary winner.”