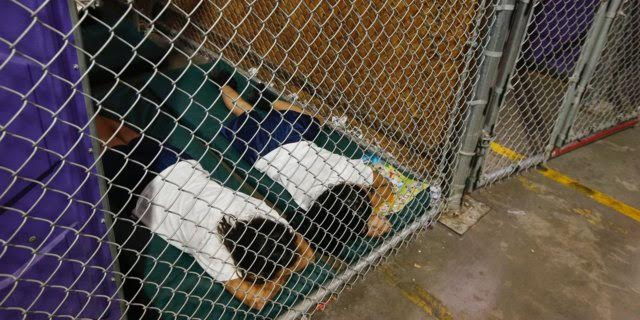 CLINTON TWP., N.J. — Democrats including those campaigning in New Jersey’s 7th Congressional District this year hope to make an issue of controversial detention of children at the United States Southern Border.

But in NJ-07? Republicans insist Democrat nominee Tom Malinowski has no room to talk.

Many images shared in recent weeks of federal detention facilities showing foreign children separated from their illegal immigrant parents turned out to be from 2014 — during the Obama Administration. At least one former Obama official shared the photos mistakenly believing them to be from the Trump era.

At the time the photos were taken? Malinowski served as Assistant Secretary of State for Democracy, Human Rights and Labor under President Obama, but Hudson County GOP Chairman Jose Arango — an Hispanic American and ally of Congressman Leonard Lance, Malinowski’s opponent, says the Democrat never spoke up.

“As one of the most senior human rights advocates in the Obama Administration, Tom Malinowski failed to prevent horrific conditions for young detained children. He is one of the last people that should be grandstanding on the 2018 border issues and spinning a tragedy into a campaign issue,” said Arango, citing photos showing children sleeping on concrete floors surrounded by metal fencing.

“No child deserves to be subjected to the horrific treatment portrayed in these photos. It was Tom Malinowski’s job to protect and advocate for these children. Clearly he failed to do so,” added Arango. “7th District voters deserve a Congressman with the courage to say what they believe even when it’s politically inconvenient.”

NJ-07, which is the only New Jersey district represented by a Republican which Hillary Clinton carried in 2016, is considered a toss-up this year.