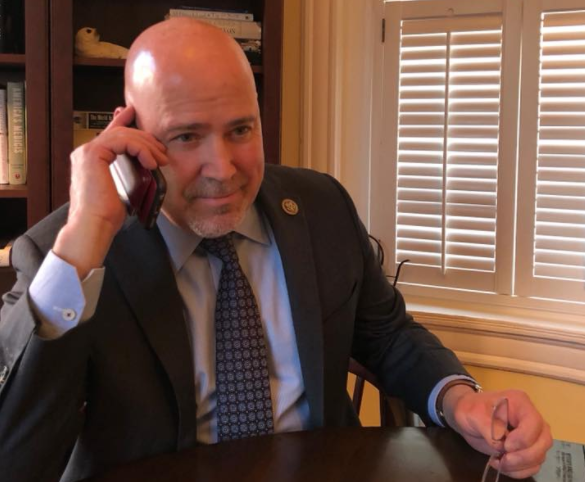 TRENTON, N.J. — Will they accomplish achieving actual safety for our kids?

Second Amendment advocates argue that none of these particular measures would have stopped Parkland or many of the most recent high-profile school shootings, but Murphy’s party mates celebrated the passage of the bills as proof that something is being done.

Congressman Tom MacArthur (R-N.J.), whom Governor Murphy frequently criticizes for his support for  lower taxes, is now ready to create a contrast with Murphy on the gun safety front, too.

On the same day as the aforementioned measures’ passage, MacArthur trumpeted his co-sponsorship of three bills which emphasize a different tack to tackling mass shootings.

“In the aftermath of the devastating shooting in Parkland, Congress passed meaningful legislation that strengthened our background check system and increased funding to secure our schools. While these new laws will help, there is more that can be done,” said Congressman MacArthur. “We have seen the system continually fail to protect our communities from gun violence. I have reviewed legislation and discussed next steps with members of our community. I am cosponsoring additional bills which will ensure that our schools have the proper security personnel, and that more is done to keep guns out of the hands of domestic abusers and those who pose a threat to themselves and others.”

H.R. 3207 – Zero Tolerance for Domestic Abusers Act, was introduced by Rep. Debbie Dingell (D-MI) and currently has 99 cosponsors. This bipartisan bill protects the survivors of dating violence and stalking by closing loopholes that allow known abusers and stalkers to access guns.

H.R. 5717 – Jake Laird Act, this bipartisan bill provides grants to encourage states to adopt laws similar to Indiana’s 2005 Jake Laird Law, which allows local law enforcement to seize and retain firearms from individuals who are determined by a Court to be an imminent danger to themselves or others.

There’s overlap between the Congressman’s aims, which he says target the mentally unsound without infringing the rights of lawful gun owners, and those of Murphy and his caucus which cast a far broader and more controversial net; a key point of contrast remains MacArthur’s abhorrence for arbitrary hardware bans.

MacArthur is widely considered a possible 2021 challenger to Murphy.