After The Long Wait, Nothing But Bromides! | Cirucci 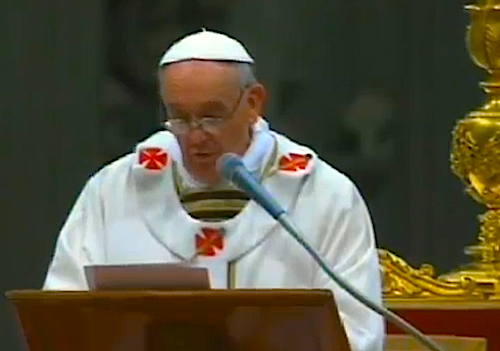 It’s been almost a week.

And we’ve waited and waited and waited for some formal word, some response, some action from on high to the shocking revelations that pierced our hearts once again as we learned of a story of evil that’s incalculable and, sadly, all too familiar. This time, it’s the discovery that more than 300 Catholic priests across Pennsylvania sexually abused children over seven decades, protected by a hierarchy of church leaders who covered it up. This, according to a sweeping state grand jury report released last Tuesday. 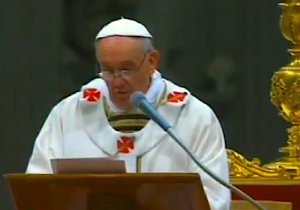 And this involves higher-up church leaders such as Pittsburgh Bishop David Zubik and Washington DC Cardinal Donald Wuerl who formerly served as Bishop of Pittsburgh.

This is nothing less than a scandalous indictment of the Catholic Church and its leaders — particularly the Church in America but really, the Catholic Church throughout the world and right up to the Vatican as this is, regretably an international scandal and one that has alarmingly been enabled by the highest leaders of the Church — indeed, not only enabled but repeatedly covered-up!

And so now, one week later, we finally get a statement from Property Francis.

And, guess what? It’s full of bromides!

It attempts to heap on to all the members of the Church — all Catholics, everywhere — a sense of collective shame and guilt and it pleads with us to fast and pray.

Image! We should apparently feel a sense of shame. We should fast. We should do penance, one would suppose. But for what, exactly?

Of course, we are praying. We’re praying for the thousands of victims and their families — praying for them again and again as we can’t even begin to imagine the pain they continue to suffer.

In his statement, the Pope shockingly seems to lump these horrendous atrocities (carried out by the supposed servants of God) in with a variety of other “communal” maladies. Here’s what he says as he calls on us to “fight all forms of corruption, especially spiritual corruption.”

The latter is “a comfortable and self-satisfied form of blindness. Everything then appears acceptable: deception, slander, egotism and other subtle forms of self-centeredness, for ‘even Satan disguises himself as an angel of light’ (2 Cor 11:14)” (Gaudete et Exsultate, 165). Saint Paul’s exhortation to suffer with those who suffer is the best antidote against all our attempts to repeat the words of Cain: “Am I my brother’s keeper?” (Gen 4:9).

And while the Pope says he’s “conscious of the effort and work being carried out in various parts of the world to come up with the necessary means to ensure the safety and protection of the integrity of children” and he admits that “we have delayed in applying these actions and sanctions that are so necessary,” he adds that he is still “confident that they will help to guarantee a greater culture of care in the present and future.”

And then the Pope embraces his by now all-too-familiar call for collectivism, declaring: “every one of the baptized should feel involved in the ecclesial and social change that we so greatly need. This change calls for a personal and communal conversion.” Ecclesiastical and social change? What’s he talking about?

Is this more social justice nonsense? At best, this portion of his statement is obtuse.

Following that, the Pope spends quite a bit of time blaming and lambasting clericalism, which is the tendency to keep things within the ordained ministry of the Church — within the religious community. Well, sure — now that the cleric themselves are in hot water (via an atrocity that they created, fostered, hid and allowed to fester) let’s slough all this off onto the parishioners.

Church to faithful: Hey, guess what? We’ve made a mess and now it’s your job to clean it up! From the Pope’s own words, what else are we to conclude?

The Pope’s entire statement is nothing more than pablum.

It largely scatters blame aimlessly. It appears to hold no one responsible. It seems to call no higher-ups into account. It offers no new initiatives. Indeed, it takes no action whatsoever.

The Church has failed.

And it has failed horrendously.

Bishop Zubik and Cardinal Wuerl should be removed now! And that should be just the beginning.

It’s time — long past time, actually — for Pope Francis to stop offering us a sort of pop psychology, feel-good, “Who am I to judge?” Catholicism and start getting down to the hard work of cleaning up the Church and reconnecting it to its roots. Before he lectures us once again about the environment or income inequality or capital punishment or any one of another real or imagined ills (which we invariably wind up being blamed for) the Pope needs to clean house — his own house!

Until then, neither he nor the Church can expect to claim any credibility whatsoever.