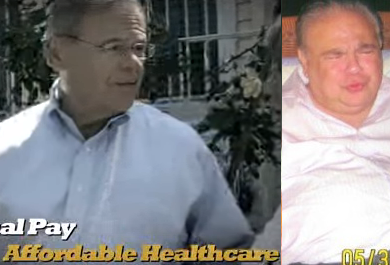 The ‘death of shame’ in undeniably one of our time’s defining developments, Save Jerseyans. I suspect it’s an outgrowth of the self-esteem culture colliding and mixing with the moral relativism which permeates what passes for modern entertainment.

Enter Bob Menendez. Escaping what would’ve likely been a lengthy jail sentence only by mistrial, and being ordered to repay $1 million in unethical gifts pursuant to a ‘severe admonition’ issued by fellow U.S. senators of both parties, you’d think New Jersey’s senior senator would want to show a little modesty or even regret for his decision, even if he’s not willing to fess up to actual criminal wrongdoing.

The Menendez campaign dropped its first TV ad of the 2018 cycle on Tuesday, and it’s pretty darn shameless. Here’s the transcript:

“I was raised here. So was my Republican opponent. I never forgot my roots. He has. I’m fighting for equal pay and affordable healthcare; he’s for corporate tax breaks. I’m working to lower prescription costs; Hugin gouged cancer patients. And I’m standing up to Donald Trump. He donated hundreds of thousands to him. I’ve never forgotten where I come from. And whose side I’m on. And now, that’s never mattered more. I’m Bob Menendez and I approve this message.”

Click here if you want to read my two cents on Menendez’s attacks on Bob Hugin. We get into the substance of the health care cost/drug price back-and-forth.

At the moment? Can’t say I’m surprised, of course, but it’s still no less awe-inspiring to see a guy who USED his official, publicly-entrusted influence to…

…then turn around and accuse his opponent (or anyone else) of forgetting his or her “roots.”

What part about enabling America’s most notorious Medicare criminal (and his affair) in exchange for extravagant gifts is consistent with Bob Menendez’s “roots,” or anyone else’s with a shred of human decency?

How twisted do you need to be to OK this ad? In light of what you know you’ve done?

Absolutely no rationale for his re-election to sell voters other than “Look out! There’s a President Trump under your bed!” And by the way: if you DO hate Donald Trump, and think he belongs behind bars, what good is a Trump critic/watchdog/whatever Menendez wants you to believe he is that was nearly wearing an orange jumpsuit himself?

I don’t expect my elected representatives to be perfect. I do prefer someone with a soul that hasn’t already been mortgaged by a “friend” who’s serving a 17-year sentence for picking my pocket.