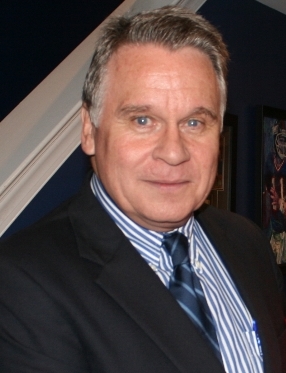 We now have some much-needed context to this story. MoreMonmouthMusings, which covers the Shore-reaches of Smith’s district, has now posted full video from the event referenced by The Blade. At one point, prior in time to the The Blade snippet, a student asks “So you think orphanages and foster homes would be in the better interest of the child?” and Congressman Smith responded, “No. Lord no.” Click here.

It’s fairly obvious that he wasn’t comfortable discussing the topic, Save Jerseyans.

It’s equally clear that the headline making the way around social media today — “GOP lawmaker caught on tape: Orphanages better than gay adoption” — isn’t entirely accurate, Save Jerseyans, at least based upon the provided audio clip of Rep. Chris Smith (R, NJ-4) posted by the Washington Blade, an LGBT publication.

APP.com has since picked up the story, and neighboring Democrat colleague Frank Pallone of NJ-06 has denounced Smith’s “bigoted views” on Twitter:

Deeply outraged and offended by @RepChrisSmith ’s bigoted views on LGBTQ adoption. Congressman Smith should know that LGBTQ parents are just simply that – parents. They are parents who provide every bit of love and care as their heterosexual neighbors.https://t.co/dOSNVBXSHi

The audio is purportedly from a May 29th exchange between Smith and student constituents at Colts Neck High School.

On the actual recording, the long-time Republican Congressman discusses gay adoption with two Colts Neck students but never says orphanages are a superior environment for children than a home run by gay parents; in fact, when a female student poses that very question, the audio abruptly ends:

Student #1: “My sister is gay and she’s talked about, like, wanting to adopt a child one day with her partner. And I just wanted to know if you think that, based on household studies, she’d be less of a legitimate parent and why she couldn’t have — to adopt a child.”

Rep. Smith: “Well again, you know, the issue, legally, is moot at this point especially with the Supreme Court decision. She’s free to adopt.”

Student #1: “Right, but why do you think she shouldn’t be able to adopt a child?”

Rep. Smith: “Well, I think you’re getting into…  you know, I do believe that there are many others who would like to adopt who can acquire a child… as I said, the waiting periods are extremely long.”

Student #2: “OK, so what makes them more legitimate than her sister, those other people waiting for a child?”

Student #2: “You’d rather have kids in an orphanage than with…”

One of the students in the exchange told the The Blade there’s more to the exchange, but the audio has not been provided (or published) as of this writing.

Smith is an unapologetic social conservative who, in the past, said he thought heterosexual parents provided a better environment. His constituents have reelected him multiple times knowing his position on these issues and notwithstanding the fact that Most New Jerseyans would likely disagree with that position in 2018, including many Republicans.

It’s fair for reporters to ask Smith for clarification. The release itself was also clearly timed to impact his reelection bid (he’s being challenged by Democrat Josh Welle this cycle) since it’s from May 2018 and we’re just hearing about it now.

All of that being said, unless or until there’s more audio to substantiate its headline? The Washington Blade should dial down its post a notch.