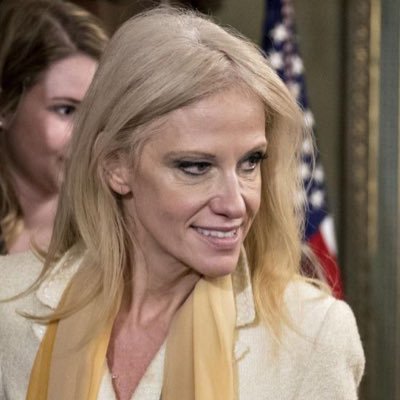 Kellyanne Conway is one of the most accomplished people that New Jersey has ever shared with the nation.

She broke the ‘glass ceiling’ by becoming the first woman to successfully manage a campaign for President of the United States. She has taken more abuse from the media and detractors of the President than anyone serving in a similar position in any administration that I can remember. And she’s persevered, smiling and communicating effectively in interview after interview.

Can you imagine in this ‘snowflake’ world we live in where people cry for a safe space because of a negative tweet, that we have an example of true courage and strength? Look at the whining of professional athletes and the Hollywood and media elite. They cry bias, unfair treatment and bigotry at every turn. So many crying victim status for even the smallest incident that it’s refreshing and rare to see this proud American, standing up and continuing to excel in her role despite all the public attacks. She’s proven herself to be smart, tough and focused on doing the best job possible for the President and the nation.

I’ve known Kellyanne for a couple decades now and have enjoyed watching her take off into the stratosphere of politics. Not to take anything away from President Trump, but Kellyanne can rightfully take credit for leading a campaign that seemed in trouble and helping turn it into the juggernaut that launched the 45th President over the finish line.

Let’s face it, if Kellyanne performed the same political miracles for Hillary Clinton, Bernie Sanders or even Governor Murphy, she’d be heralded as the best New Jersey has to offer. So why is she either ignored or vilified? Is it sexist? Is it discrimination? Or is it proof that most media outlets in New Jersey and across the nation have a Left-leaning bias using throwaway terms about ‘women-empowerment’ and ‘equality in the workforce’ to fool viewers and listeners into thinking that they are above the partisan fight. If they were truly looking our for gender equality, Kellyanne would have been on the front page of every newspaper highlighting what she’s accomplished.

She’s a mom, wife, entrepreneur and one of the best political minds in the nation. And she’s from Hammonton, New Jersey. All New Jerseyans should be proud of her. Maybe for once, the radical anti-Trump crowd can put away their hatred of 45 and recognize the incredible and long lasting accomplishments of a true Jersey Girl.