Unhinged Booker is embarrassing N.J., all to launch his presidential quest | Rooney 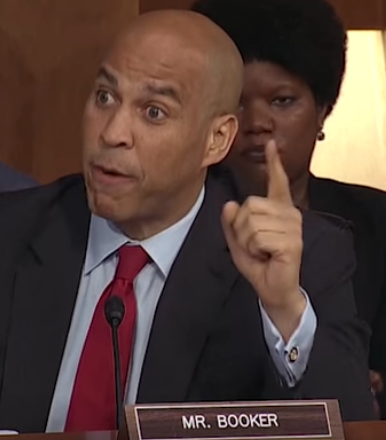 If the documents were still classified committee confidential?

He could’ve faced expulsion from the Senate for his behavior.

“I openly invite and accept the consequences of releasing that email right now,” Booker said during the hearing. “The emails are being withheld from the public have nothing to do with national security.”

But Booker wasn’t playing the hero.

The e-mails, by the way, were thin anyway; nothing that would interest anyone other than the most devoted constitutional law nerd.

What matters for the rest of us? I don’t care whether you’re right, left, center or somewhere NOT on the ideological slide-scale:

How long are we going to continue letting this moron embarrass us on the national stage? All as a part of a grasping attempt to launch a presidential campaign?

Forget “beneath a Senator”; his behavior throughout these hearings, and in the months leading up to him, are beneath a Kindergartner. You can’t pretend to be offended by President Trump’s coarse candor and NOT care about… this? Not without lying to yourself and doing your home state quite a bit of harm in the process.