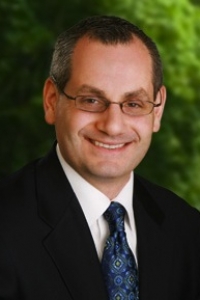 MOUNTAINSIDE, NJ – A former NJ-11 Democrat nominee (who endorsed Jay Webber earlier this cycle) is doubling-down on his independent streak and endorsing Republican Bob Hugin over the severely-admonished Bob Menendez for U.S. Senate.

“Bob Hugin is a refreshing antidote to the type of hyper-partisan, career politicians we have in Washington, D.C. and Trenton, N.J. He is a man of integrity, a person with a pure heart who speaks honestly and directly about what needs to be done in government,” said Mark Dunec of Livingston in a statement released by the Hugin campaign. “I am inspired by his commitment to cross party lines to reach a consensus to resolve the very real problems faced by our nation and state,” said Dunec. “I am urging my fellow Democrats and all voters to consider Bob Hugin for Senate and not allow today’s toxic climate of political extremism push us to blindly vote for corrupt, career politicians. We must rise above party politics and do what Bob Hugin promises to do — to do what is right for New Jersey and the American public.”

Dunec is also a Democratic Commissioner on the Essex County Improvement Authority and a former board member of the Joseph Kushner Hebrew Academy.

This is Hugin’s third captured Democrat defection in three weeks; just last week, he grabbed the support of a current (not former) Democrat freeholder nominee at the Jersey Shore.