If This Is ‘Mocking’, Then So Are The Facts! 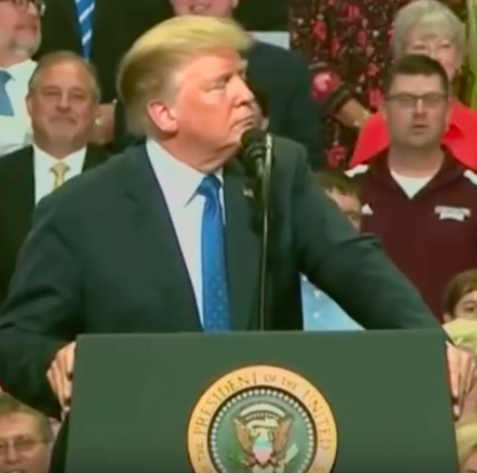 President Donald Trump dissected Christine Blasey Ford’s Senate testimony (and totally nailed it) at a boisterous, jam-packed rally on Tuesday. This was the president’s most direct reference yet to the testimony of the woman who accused Brett Kavanaugh.

Now, some people are saying that Trump “mocked” Ford.

All the president did was condense and repeat key parts of Ford’s spotty testimony. He pretty much used her own words (regarding something that allegedly happened more than a third of a century ago) to raise serious and legitimate doubts about the woman’s claims:

“I had one beer!” he said, repeating Ford’s recollection.

“Upstairs, downstairs where was it? I don’t know,” he said.

“And a man’s life is in tatters,” Trump continued. “His wife is shattered.”

At his rally, Trump also went after those who have continued to lob accusations at Kavanaugh. He took on all comers: Feinstein, Booker, Blumenthal — ALL of them!

And everything the President said was based on fact: real testimony; huge gaps in Ford’s story; real events calling into question the credibility of Kavanaugh’s accusers; actual cases or fraud and cases of biased or non-existent reporting.

THIS is what the media chose to call “mocking”?