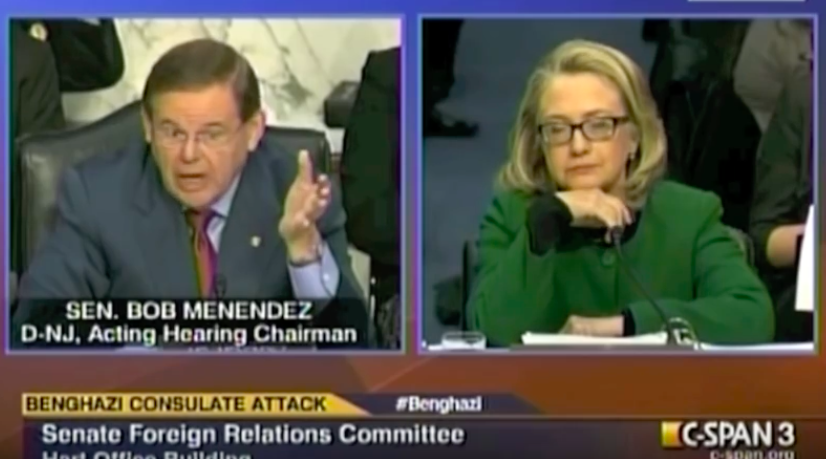 NEWARK, N.J. — Hillary Clinton has spent decades covering for her husband (and bashing his accusers) as a myriad of sexual misconduct allegations confronted the former Democrat president.

Will she do the same tonight for Bob Menendez, Save Jerseyans? In Jersey City?

The former first lady and secretary of state is in town town for (we’re not making this up) a ‘Women for Menendez’ fundraiser. Awkward!

Meanwhile, with impeccable timing, the campaign of Menendez’s Republican opponent Bob Hugin released an ad on Monday afternoon resurrecting dramatic and disturbing allegations — supported by “corroborating evidence,” per a U.S. Department of Justice investigation — that Menendez and his recently convicted friend and donor Salomon Melgen slept with underage prostitutes while on vacation in the Dominican Republic.

The allegations are years old but they made a re-appearance during the saga surrounding the ethically-challenged Menendez’s recent corruption trial.

Setting aside the substance of the actual DR accusations, Hugin says Menendez’s behavior during the Kavanaugh hearings, and insistence that accuser Christine Blasey Ford be believed, run counter to his callous and dismissive reaction to the considerably more-serious and corroborated Dominican Republic allegations.