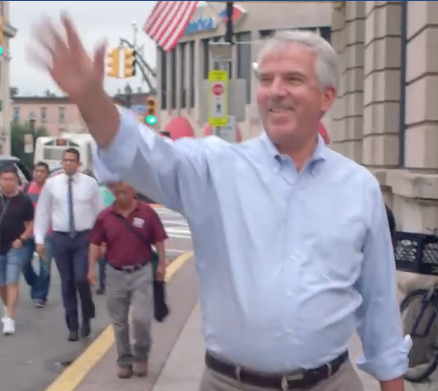 New Jersey Republicans are excited about a surprisingly volatile Senate race this year, and none more so than the Republicans of superficially deep-blue Hudson County.

While Senate hopeful Bob Hugin was born and raised in Hudson County before joining the Marines and, later, building a business employing thousands, the current occupant of the Senate seat, career politician Robert “Bob Menendez, is also connected to the county. Menendez is the political boss directly controlling the county political machine and enabling the county-wide, institutionalized culture of corruption which mirrors the corruption charges he was prosecuted for by the Department of Justice under President Obama.

Many have had enough. The opportunity to junk Menendez, so corrupt even the bi-partisan Senate Ethics Committee unanimously admonished him for his crimes, is creating an interesting dynamic.

Excitement in Hudson County for Bob Hugin’s campaign is high. Republicans and anti-corruption independents are energized. This contributor, who walked with the Hugin campaign in the Hispanic Day Parade, street fairs, and more, has experienced it firsthand. I struck out to have some conversations about it in the hope that you’d realize what’s happening on the street is more than just a collection of anecdotes.

On the endemic corruption around Menendez, Ruben Gonzalez, a 20-something from Jersey City and life long Hudson County resident, told me that “it reminds [him] of a conversation [he] had with an immigrant from Guinea after the Hispanic Day parade; he spoke about how corruption has destroyed the chance his country had.” Gonzalez explained to me how, in America, “it’s the Democratic party and the Left in general that will lead down that route.” He declared his support for Hugin and attributed it to the fact “he is fighting for more resources for New Jersey, focused on infrastructure, and getting our tax dollars back from Washington,” all things he doesn’t see Menendez doing. 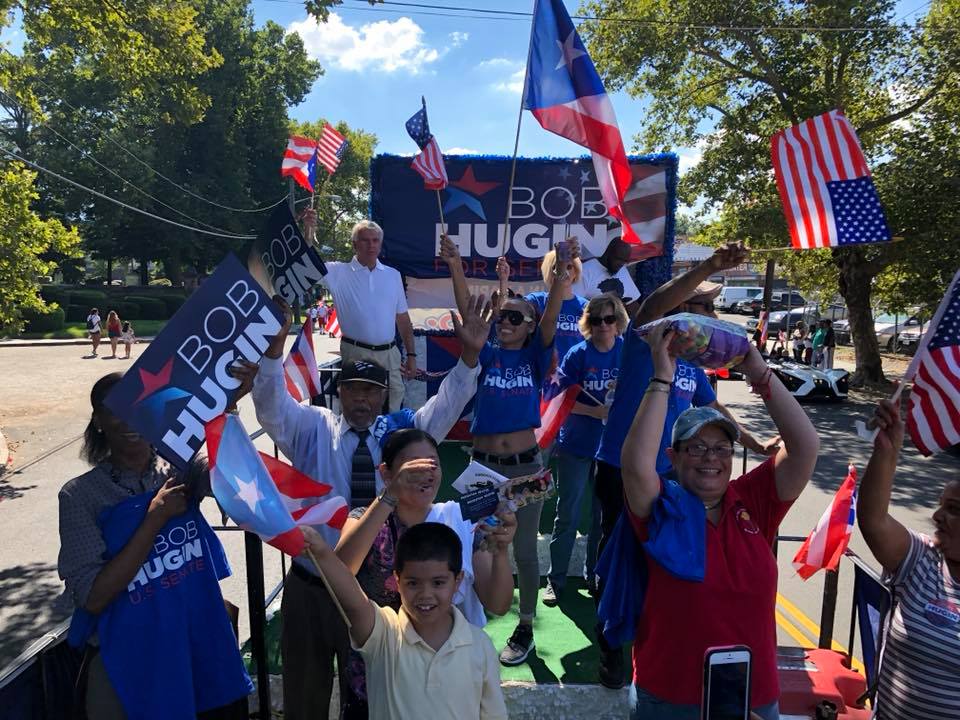 Indeed, despite Menendez’s decades long career of claiming to work for the people, New Jersey gets the least monetary return on D.C. bound tax dollars of all 50 states.

Anti-corruption itself is probably the  core issue common among many people in Hudson County this election season. Dwayne Sharpe, a Hoboken resident and an enthusiastic supporter of Hugin, opined to me about how “Menendez was the first senator to be brought to trial on corruption charges. If the Democrats won’t remove him, we should!”

Nick Codrea, treasurer for the Hudson County Young Republicans and a resident of Jersey City, observed how “many immigrants first impressions of this country are established in Hudson County and many times, they are fleeing highly-corrupt nations; do they, or does anybody, want more of the same?  Or do we call on an honest and accountable representative who will keep us safe, such as Bob Hugin?” Codrea also pointed out that “as a both a Princeton graduate and Marine, Bob Hugin has the proven grit and work ethic to represent Hudson County in the US Senate. Hugin will fight for our collective prosperity against both the political machines in Washington as well as at home.”

West New York resident Javier Colon agreed. “The Democrats have abandoned honest government; they could have dumped Menendez any time before the election and put an honorable candidate on the ballot.” Colon added that he was actually quite  excited for the GOP because, in his view, “Hugin is a regular guy from Union City, was the first person in his family to attend college, and he built himself up through hard work and integrity.”

Undoubtedly, Hugin’s self-made tale of a Hudson County native son who served his country in the Marines has hit a cord and resonated with many members of the community.

From new citizens looking for a better life to lifelong Hudson County residents who want clean government, the hundreds (if not thousands) of Hispanic Americans who were brimming with excitement to meet Hugin at the parade and elsewhere, middle and working class voters, and even old school Reagan Democrats are tuning out Menendez’s desperate request for one more chance this year; change is in the air! I heard and saw it, in the streets.