UPDATE: Rutgers apologizes to Daftari, invites journalist back to campus 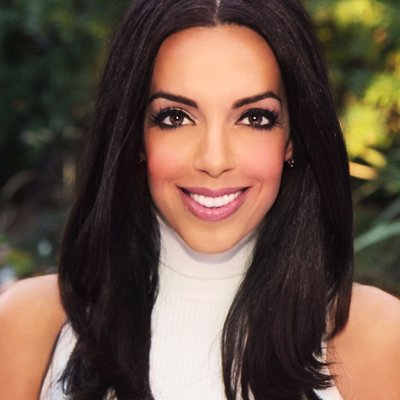 Update #2: According to NJ 101.5, Daftari has rejected the re-invite from Rutgers.

Rutgers reached out directly to Save Jersey on Monday to explain that it was, in its view, a misunderstanding.

“Rutgers University would like to eliminate any confusion about its invitation for Lisa Daftari to speak on campus. The University has offered several dates for her to come to campus in November. The University’s position on the free exchange of ideas is clear; the ability to respectfully present, discuss and debate matters in the public interest is at the heart of what every great university does. Such free and respectful discussion is fundamental to Rutgers’ core values and is practiced every day at Rutgers,” explained John Cramer, the director of RU Public and Media Relations, in an e-mail to Save Jersey Blogger-in-Chief Matt Rooney.

“We are glad this situation has been resolved and are glad Rutgers University has apologized for their mistake,” said the Rutgers College Republican on Facebook. “We can’t wait to see Lisa Daftari on the banks!” The group had launched a petition to support Daftari.

Here’s the letter from Vice Chancellor for Undergraduate Academic Affairs Ben Sifuentes-Jáuregui’s to Ms. Daftari, forwarded to Save Jersey by Mr. Cramer:

I want to write to clear up any confusion regarding your invitation to speak at the University. To the degree that I may have contributed to the confusion, I hope you will accept my apology.

Please know that Rutgers values the free and open exchange of all viewpoints and that you are welcome to speak here. I understand, in fact, that you may have been invited by student groups to speak at the University as well as the event that was scheduled for tomorrow night.

With respect to rescheduling the event sponsored by Undergraduate Academic Affairs, I would like to propose the following dates for an appearance at the Rutgers New Brunswick campus:

I am certain that in the course of your comments and follow-up questions from our students, your views will be fully articulated and will generate respectful and vigorous discussion both by those who agree and those who disagree with those views.

Our position on the free exchange of ideas is clear; the ability to respectfully present, discuss and debate matters in the public interest is at the heart of what every great university does.  Such free and respectful discussion is fundamental to Rutgers’ core values and is practiced every day at Rutgers.

Please let me know if any of these dates can be accommodated in your schedule.

We’ve reached out to Ms. Daftari for comment and will update this post if we receive a response. She had previously rejected the ‘postponement’ claim on social media and a Fox News appearance, insisting it was an outright cancellation and a bow to pressure from far-left elements of the campus community:

.@LisaDaftari on Rutgers speech postponement: “I think what happened here is that a small handful of campus bullies decided that they can throw around the word islamophobia in an unethical and irresponsible way.” pic.twitter.com/C8qq7ZK66o

Sadly, Rutgers has earned itself a reputation as of late for campus intolerance of viewpoints which differ from Leftist ideology, most infamously when former Secretary of State Condi Rice felt compelled to withdraw as the university’s 2014 commencement speaker.