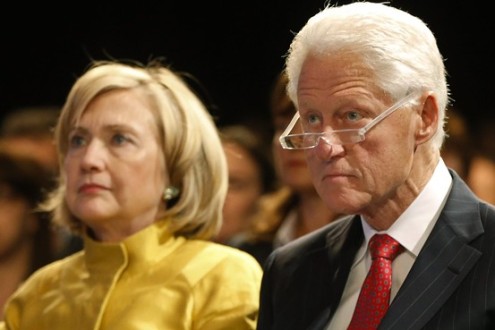 NEW BRUNSWICK, N.J. — Back in 2014, Rutgers students and members of the university faculty hounded former Secretary of State Condoleezza Rice into voluntarily pulling out of her prior commitment to serve as commencement speaker.

The protest concerned Rice’s involvement in planning and executing the Iraq War.

Protests have been muted notwithstanding the fact that then-U.S. Senator Clinton voted to authorize military action against Iraq and then, as Secretary of State, presided at a time when the Obama Administration continued to operate Guantanamo Bay.

The Rutgers College Republicans are calling foul over their institution of higher learning’s glaring hypocrisy.

“We are not protesting Secretary Hillary Clinton’s right to speak on campus, as was regrettably done to Secretary Rice. We here at College Republicans strive to protect and promote free speech on and off campus. Today, we are challenging you to reflect on your own convictions and take responsibility for your own biases, as an individual and as a university community. We grieve the possibility that the ideals of higher learning would be sacrificed on the altar of base party politics. We owe it to our student body and future Scarlet Knights to resemble the pillar of diversity we charade ourselves as. Until we are also inclusive of political thought, there will be nothing revolutionary about our time on the Raritan,” the CRs explained in a press release.

Rutgers has become an increasingly hard-left organization in recent years even by university standards, particularly so under the leadership of President Robert Barchi.

Clinton, for her part, has found herself receiving scrutiny from even ardent Democrats in recent weeks for her increasingly bitter and offensive post-Election 2016 analysis including during a recent trip to India when she accused the Trump Administration of trying to disenfranchise both blacks and women.