NTK VIDEO: Hillary and Huma’s van hit something upon arriving at Menendez event 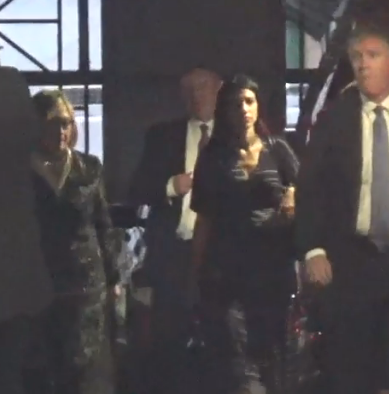 “In the footage exclusively obtained by NTK Network, Clinton’s Secret Service van, famously known as the Scooby Doo van, pulled into a parking garage Monday evening. About halfway up the ramp, the van hit an object, making a loud crashing noise,” the popular website reported.

Did she leave a note?

In any event, Clinton and Huma appeared to be uninjured.

You can click here to watch the full crash video over at NTKnetwork.com.

Naturally (especially since there didn’t appear to be any injuries, other than perhaps some bruised egos), Senate Republicans were quick to pounce: