N.J. Dem House hopefuls need to go on record: would they vote to impeach Kavanaugh? 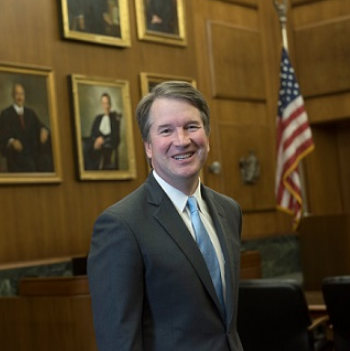 The only thing rarer than presidential impeachment is Supreme Court justice impeachment, Save Jerseyans.

We’ve impeached two president (Andrew Johnson and Bill Clinton) in our nation’s short but busy history. Only Samuel Chase, a Federalist from Maryland, was impeached in the wake of the election of 1800, a move initiated by Jeffersonian Democrats of the day, but the U.S. Senate did its job, served as the cooling saucer, and acquitted Justice Chase on all charges. Sound familiar?

Impeachment remains rare for a host of perfectly good reasons. Chief among them? It’s a politically violent subversion of the will of the electorate and, consequently, it’s supposed to be reserved for only the gravest of circumstances. It’s a LAST RESORT. 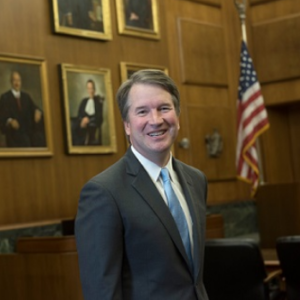 Each of the aforementioned 2018 Democrat House challengers is unapologetically running against President Donald Trump, yet they’ve been less-than-forthcoming as to whether they’d support impeachment proceedings backed by many party leaders and demanded by a large percentage of the radicalized Democrat base.

A majority of Americans aren’t keen on impeaching POTUS; I suspect those numbers are clearly reflected in the four districts cited above which are purple-to-red, depending upon the cycle. These candidates know how to read a poll. Trust me.

I’m going to wager that the same dynamics apply to Kavanaugh. It’d fail even if a hypothetical new Democrat majority was stupid enough to try impeachment, and I suspect a strong number of NJ 3rd, 4th, 7th and 11th district voters have no appetite for it.

Republicans should therefore demand to know, directly and loudly, whether their Democrat challengers have an appetite for it. Would they represent the people of their districts in Congress? Or the far-left nut jobs, goons, agitators, and special interests pumping huge sums of money into Democrat campaigns this cycle?

The Leftist mob’s vain attempt to take down Brett Kavanaugh with soulless smears, lies, half-truths, and unsupported allegations fired up Republicans and apparently turned off a lot of independents, too, by a 28-point margin. At long last, they’re beginning to tire of the endless crisis tactics of the Democrat Party and its agents and allies.

If Republicans let Democrats off the hook for it this October? And fail to capitalize on the Democrats’ blunder? Political malpractice. There’d be no other way to describe it.