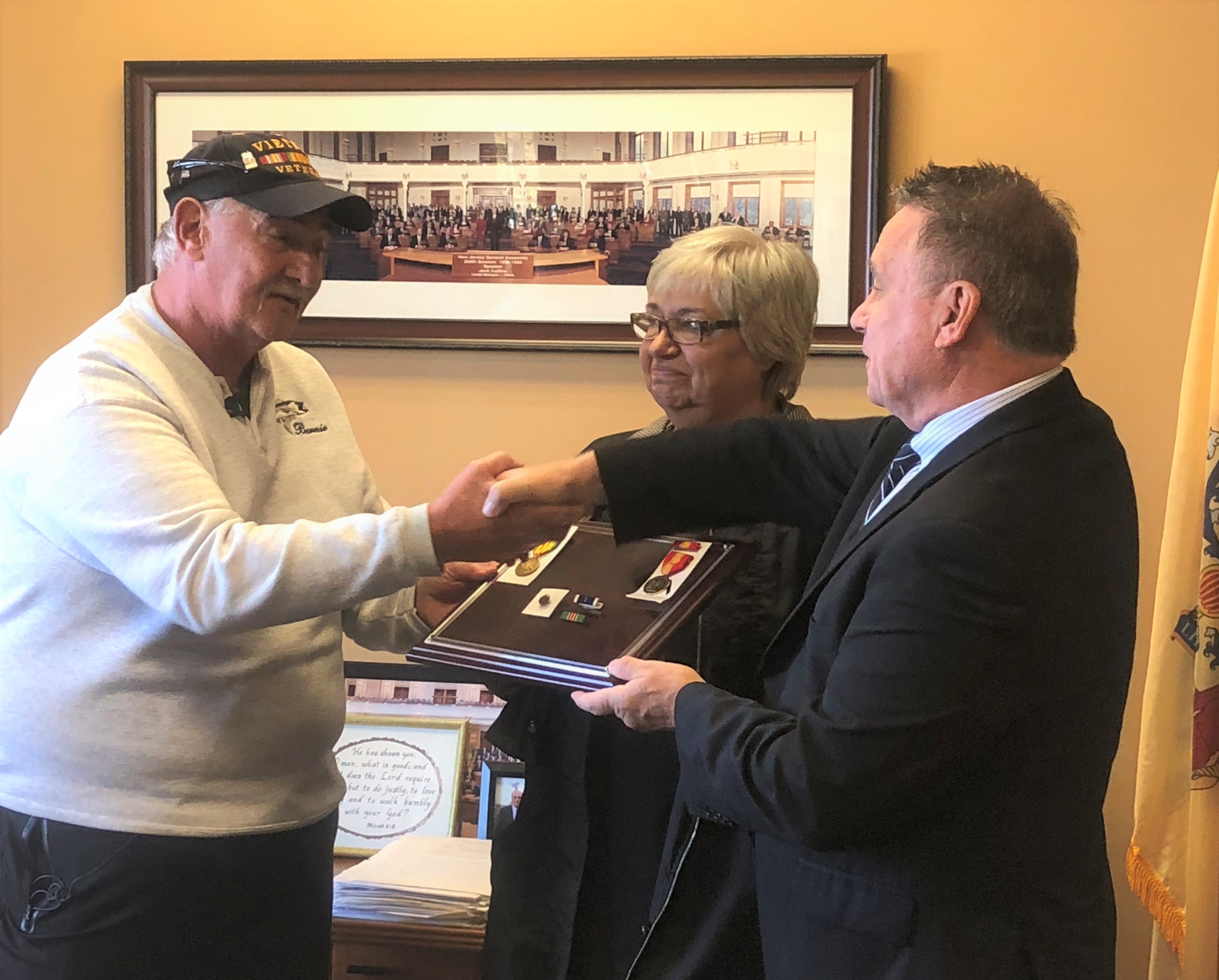 Bernard and Linda Ebner lost their Union Beach home of 47 years and most of their possessions to twelve feet of water during Superstorm Sandy six years ago this week. Among those possession were the medals that Bernard, a Vietnam War veteran, earned during his four years of service.

Congressman Chris Smith presented the Ebners with replacement medals on Tuesday, October 30, during an emotional ceremony in the congressman’s Ocean County office in Plumsted which is nearby the couple’s new home in Whiting.