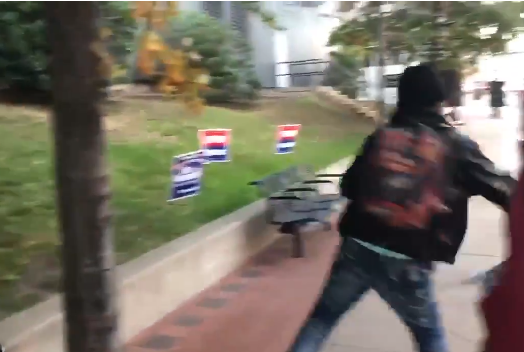 “I don’t care, I don’t live here!” one vocal perpetrator told the individual filming him as he (and a small group of others) grabbed Hugin signs and, in full view of the camera, several were thrown into oncoming traffic.

The video was shared online by the NJGOP:

This is what a desperate @Menendezfornj campaign does before a debate pic.twitter.com/fBUKm1gD69