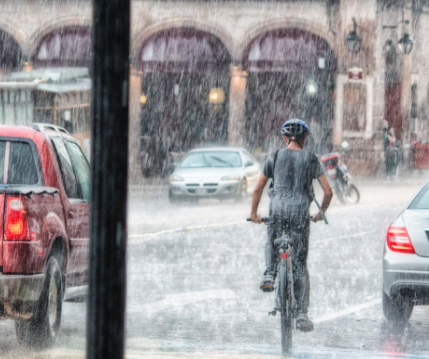 TRENTON, N.J. — From the same legislators who are banning your plastic bags and styrofoam cups (and taxing paper bags)…

…is a rain tax right around the corner?

Back in the summer, we told you about how State Sen. Bob Smith (D-Middlesex) wanted Trenton to impose a “user fee” of 10 cents per every 1,000 gallons of water used in the Garden State. Maryland assesses a so-called stormwater tax, too, which has proven a difficult burden for middle class residents and small businesses to bear.

On Tuesday, the Assembly Telecommunications Committee advanced a bill (A-2694) by a 5-3 margin which would permit local governments to establish their own, independent stormwater utilities. Assemblyman Hal Wirths (R-24) let his opposition be known during the committee hearing:

“This is going to be a new tax that is going to make things more difficult for the businesses and the residents in the state,” said Wirthst. “I’m concerned that there’s no cap on the amount of tax. It says ‘reasonable.’ Most people don’t have any faith when Trenton says reasonable. It’s pretty much an unlimited tax.”

Then-Governor Chris Christie vetoed a similar measure during his time in office.