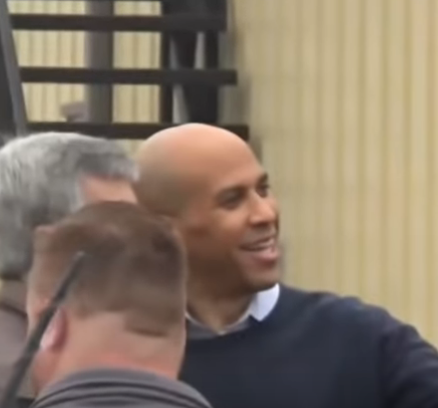 Gropacus (f/k/a Cory Booker) hit the campaign trail in North Dakota on Friday, Save Jerseyans, trying to save fellow Democrat U.S. Senator Heidi Heitkamp who is trailing badly in her battle for reelection against Republican challenger Kevin Cramer.

Unfortunately for Cory? His reputation precedes him.

“Hey Cory, did you tell ’em about your sexual assault?” a heckler shouted.

The anonymous man was referring to a campus newspaper article, authored by then-student Cory Booker, in which he admitted to groping a female friend (without consent) as a teenager. It’s old but relevant news, resurfacing recently after Booker hypocritically demanded the withdrawal of Brett Kavanaugh’s Supreme Court nomination over similar but unsubstantiated allegations.