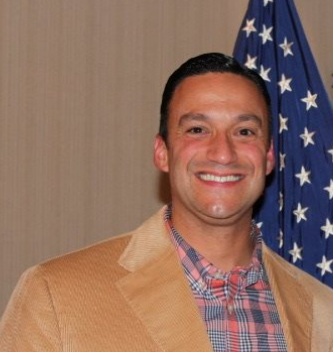 The Vineland attorney made his long-expected announcement on Friday morning during Harry Hurley’s “Hurley in the Morning” radio broadcast.

“For too long South Jersey has been ignored by both Democrat and Republican administrations. Most serving in either house of the legislature couldn’t tell you where the East Point Lighthouse is or the proper pronunciation of the Maurice River, the mouth of which is where the lighthouse is located,” Michael Testa said. “I’m running for state Senate to be a fighter for South Jersey and to ensure we are no longer ignored.”

“The Democrats have the Governor and both houses of the legislature.” Testa ADDED, “I understand as a newly elected Republican I will be part of the minority, but our system of government was designed to have checks and balances. I will be a Republican legislator fighting to provide the checks and balances to the insane tax policies and the very notion of a sanctuary state propagated by Phil Murphy and his liberal allies.”

Testa linked his own effort to those of Republicans in the district to his immediate north.

“I intend to win this race and join state Senator Chris Brown and join him in fighting for all of the people in South Jersey. That means lower taxes, more jobs and, a project near and dear to my heart, the extension of Route 55,” Testa said.

The State Senate seat is being vacated by Jeff Van Drew, a Democrat, who was just elected to Congress. Democrat Assemblyman Bob Andrzejczak is the majority party’s front runner.