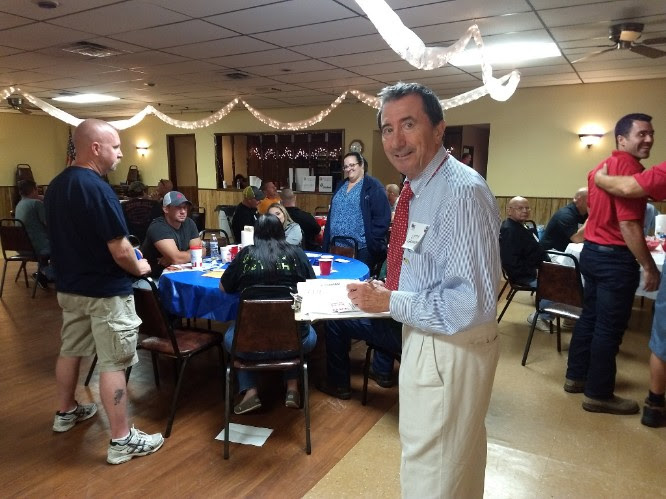 On Friday night, as the dust continued to settle across the sprawling South Jersey district, Grossman sent out a characteristically lengthy e-mail blast to supporters in which he primarily focused on his low-budget GOP campaign’s accomplishments. However, Grossman also threw plenty of shade and barbed criticism at Republican leaders both in D.C. and at home in the Garden State.

“They continued their sabotage after I surprised them by winning the June Primary,” said Grossman, 69, who ran a strongly pro-Trump campaign but who lost NRCC support over controversial statements concerning diversity and Islam among other topics. “When Democrats took my comments opposing ‘diversity’ for employment, promotions, and scholarships completely out of context, top NJ State Republican leaders repeated the Democrat lies and publicly attacked me. When I successfully defended my views on ‘diversity; these Republican leaders attacked me again. They repeated Media Matters, CNN and Democrat lies about Facebook posts I had shared years ago–posts also shared at the time by many prominent Republican leaders.”

“None of those GOP ‘leaders’ made any effort to hear my side of the story,” Grossman added. “None of them even returned my phone calls!”

Grossman’s intra-party problems had reached a crucial juncture when a Leftist organization (the aforementioned ‘Media Matters’) unearthed a previously shared post (written by another individual) in which black Americans were maligned as “a threat to all who cross their paths.” Grossman later explained he had not read the entire post which was had also been shared by Colonel Allen West, an ex-congressman and black Republican.