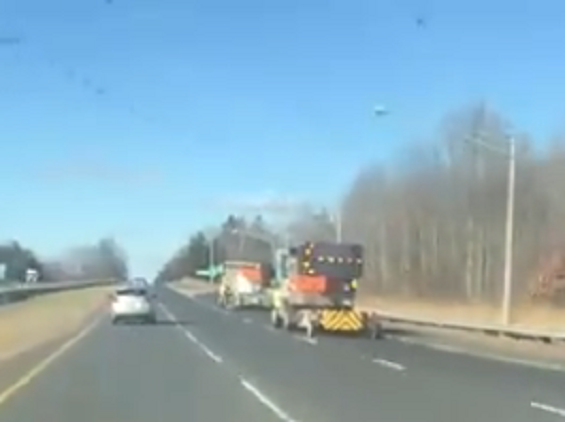 The lack of government response and preparedness for the first winter storm of the season was clearly a failure. Although it was somewhat ameliorated by the moving target forecast, there’s no question we should have been better-prepared, and more on top of the treacherous situation as it evolved.

However, the answer for that failure is NOT to waste obscene amounts of taxpayer money by over-brining roads, every time the temperature dips below 40 degrees.

Now, whenever you go outside on a chilly day, you see government trucks dumping thousands of dollars of resources unnecessarily onto the roads. Increasing the use of brine wastes funds and exacerbates our already deteriorated roadways. It could also adversely impact the environment by increasing salinity. Over-brining could also potentially cause lead to leach into our waterways. Taxpayers are rightfully baffled and furious.

The administration’s response to their shortcomings during the November snowstorm should be to reevaluate their preparedness and response levels in order to ensure appropriate mobilization during an actual winter storm event. They are now swinging in the other direction: from lack of response, to wasting taxpayer money to avoid another public relations nightmare.

We understand that there will always be unfair blame and burden placed on government during storms. It’s only fair to concede that. There are things government can and should be able to control; and then there are tricky things, like the weather. I get it. But this rapid depletion of our stock of winter resources – we all remember when we actually ran out of salt a number of years ago – and the subsequent waste of our budget money isn’t an acceptable response.

I sincerely hope the administration reevaluates immediately, by putting the proper winter weather mitigation protocols in place, and stopping this absurd waste of resources and taxpayer funds.

I have faith that the professionals at the Department of Transportation are aware of the mistakes that were made during the previous failure, and should be ready to balance our needs going forward. It now appears public relations decisions may be overruling professional ones. I’m asking Governor Murphy to take a step back and work with our DOT officials to strike a healthy balance here.