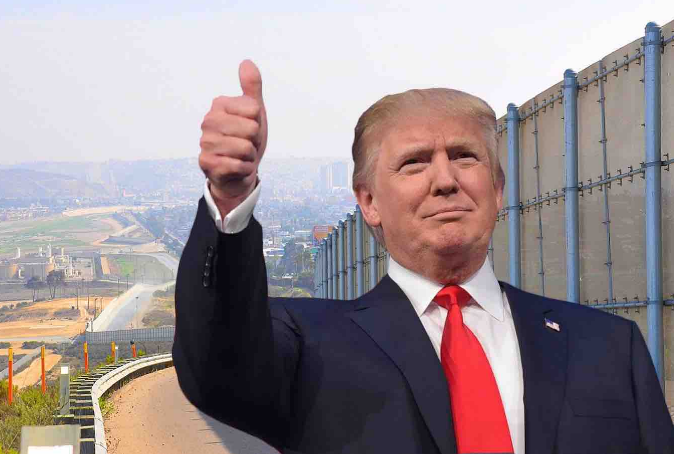 MIRAMAR, FL — A Purple Heart veteran’s effort to help fund the U.S. Southern border wall blocked by congressional Democrats is about to hit another milestone.

“As a veteran who has given so much, 3 limbs, I feel deeply invested to this nation to ensure future generations have everything we have today,” explained Kolfage, a veteran of the Air Force Security Forces, on his GoFundMe page. “Too many Americans have been murdered by illegal aliens and too many illegals are taking advantage of  the United States taxpayers with no means of ever contributing to our society.”

President Trump’s standoff with Democrats over funding for the wall has resulted in a several-day long partial federal government shutdown with no end in sight. Trump accused Democrat leaders of obstruction; Democrats countered that the wall was not going to happen on their watch.

Meanwhile, Senate Majority Leader Mitch McConnell has refused to use the “nuclear” option to get the House’s appropriation for the wall project past his chamber and to the president’s desk.

“I have grandparents who immigrated to America legally, they did it the correct way and it’s time we uphold our laws, and get this wall BUILT!It’s up to Americans to help out and pitch in to get this project rolling,” Kolfage added.