My run-in with Comrade Ocasio-Cortez and her small, angry army of Twitter trolls 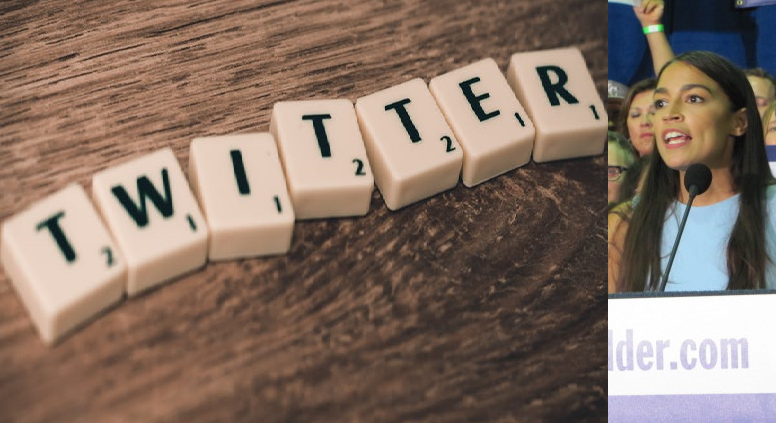 So Comrade Ocasio-Cortez and I had an exchange on Twitter yesterday, Save Jerseyans.

You may’ve heard on Fox News (or read on Drudge) about how the socialist Congresswoman-elect from New York — who hasn’t even assumed office yet, and won’t until January 3rd — already needs a “self-care” break…

…and apparently neither could she:

Forget for a moment that she actually believes campaigning for federal office = what single moms, night school dads, and legions of taxpaying Americans of all backgrounds do daily without complaining about the need for “self-care.” Her definition of public service is undeniably… interesting.

Thousands of her trolls jumped in after her retweet of my tweet and “ratioed” me. I had to look up that term because, unlike most of Ocasio-Cortez’s core followers, I don’t have the luxury of living rent free in a government cheese line or parent’s basement playing on social media from dusk until dawn. Basically, “ratioing” involves Twitter users jump in to defend someone by trying to drive the ratio of their critical comments to the target’s retweets/likes way out of proportion with the goal of shaming the target into taking down the tweet at issue.

Good luck waiting on that, kids!

There are too many to catalog; click here if you’re off this week and need a laugh. Some of the comments were funny (gifs and wisecracks). More of it was stupid (creepy photoshops and filters starring my mug). Some comments were downright violent (should probably report a few of them, and still may).

The only one that pissed me off: a woman (I think? It’s hard to tell with some of these Internet denizens) who said I had a receding hairline. Bullshit, folks. My Rooney hair is thick, Romney-esque, and not going anywhere anytime soon. Some might even say my hair is excessive! And I’m proud of it.

In any event, I walked away from this experience with a few observations/reactions:

(1) More than likely I ran head-first (albeit unknowingly) into a trap Ocasio-Cortez laid for someone else. This is what she does. She raises money online and whips her followers into an enthusiastic frenzy by saying mind-blowingly stupid things and then tempting critics to call her out. In this particular case? She was probably hoping some Alt-Right detractor would pop up and say something she could spin as racist/sexist/whatever. Unfortunately for her, all she got was me: a 30-something lawyer from New Jersey making light of her egregiously millennial mindset.

(2) Some solace for the sane? Twitter remains, as one U.K. columnist put it back in 2015, “an unrepresentative urban liberal dreamland.” If the far-left’s strength translated into actual votes? They’d have Depression-era majorities in both houses of Congress (one of the three “branches” of the federal government, for the benefit of Ocasio-Cortez if she’s reading this). But they don’t, because it doesn’t. Thank God. Her followers look and sound like extras right out of that famous Star Wars space port Catina scene.

(3) With all of that being said, it’s no secret that younger Americans favor platforms like Twitter, Snapchat and Instagram over Facebook, so conservatives/libertarians/Republicans/anyone who doesn’t announce their pronouns at dinner parties need to get on the stick. Trump helped drive the 2016 campaign through his masterful use of this medium to circumvent the Media’s preferred narrative and drive his own. We’re allowing not-yet-far-gone young Americans believe THIS nonsense is mainstream political thought through our abstention/absence. I’m probably going to follow up with a second post on this subject alone.

(4) As a conservative? Here’s hoping Ocasio-Cortez is the 2020 Democrat nominee. Seriously! Someone THIS fringe and sleepy/tired/ready for a vacation after one campaign cycle (in which the general election was a foregone conclusion given how blue here district is) would lose in a 1984-style landslide in states like Wisconsin and Ohio. The Democrats over-reached with candidates of her socialist mold (Beto and Gillum) in 2018 and lost winnable races. There’s no sign yet that they’ve learned their lesson. America is NOT the Bronx.

(5) Irony: we’ve made it EASIER for average Americans to express themselves through these platforms but the people doing the most expression are below-average in intelligence and anti-free speech. This “safe space” mentality is something that’s been discussed ad nauseam in recent years but there’s no let-up in sight! Dangerous? You bet. These people sincerely believe I am not allowed to criticize a Hispanic female elected official BECAUSE I’m a white Republican male. Did I say anything racist/sexist/anything-ist? No. Of course. Not. But that’s not the point. The Patriarchy MUST be stopped in their eyes, at all costs, and if they need to throw the First Amendment in the trash can to get there? So be it.

(6) Which brings me to my final observation. As I coincidentally wrote just the other day, the modern Left’s defining characteristic is toxic, boundless hate. Other than the few responding tweeters who actually tried to defend socialism as practices in other countries? Something which might surprise anyone familiar with the Venezuelan situation? Most of the respondents were simply there to foam at the mouth, call me crazy names, urge the Congresswoman-elect to “drag” me (?), and engage in an orgy of online hate without a shred of ideological substance driving any of it. No arguments were advanced. Not a single premise was challenged. They’re hateful human beings who are united primarily in hatred of anyone who the culture — and politicians like Ocasio-Cortez — tell them is to blame of their feelings of dislocation and inferiority.