From the Archives: Save Jersey’s Newt Gingrich interview 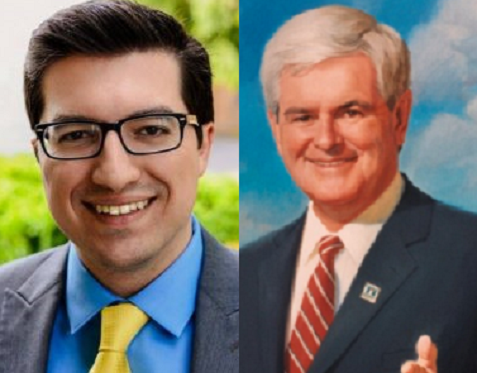 Former Speaker of the House Newt Gingrich, architect of the 1994 Republican Revolution, is reportedly a leading candidate for President Trump’s next Chief of Staff, one of the most important roles in our modern federal government.

Gingrich denied the rumor on Thursday morning, but speculation persists all the same (adamant denials are considered polite in political culture).

Need a refresher as to what Newt’s all about? Long-time readers may remember our founder and Blogger-in-Chief Matt Rooney’s 2013 interview with Gingrich on the prolific historian and author’s then-new book Breakout. The book — and the interview — are now five years old, but many of Gingrich’s insights remain highly relevant to today’s political discourse.