Repeat after me, N.J. GOP legislators: the Left will never love you! | Rooney 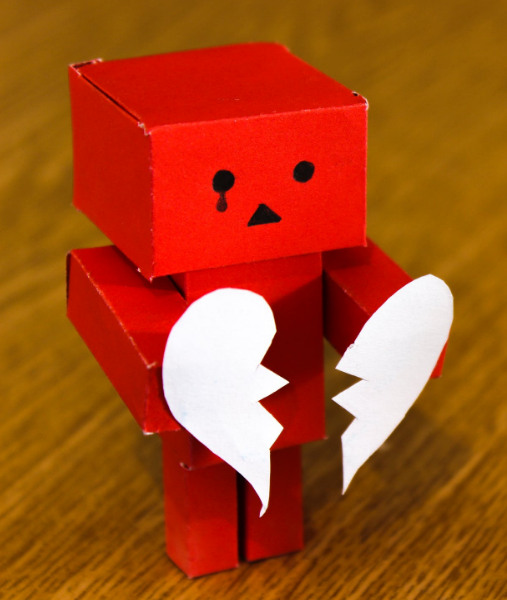 Here’s the current situation, Save Jerseyans:

(2) Legislative Democrats aligned with the majority leadership want it phased-in for most workers by 2024 (and all workers by 2029).

(3) GOP leaders are pitching a 5-year phase in to $13 plus a couple of other adjustments including an increase in the earned income tax credit (EITC) to 80% of the current federal level.

Got all of that? Good.

I’m going to analyze all of this step-by-step….

The minimum Wage = Minimum Employment at ANY speed.

Now, you don’t have to be an accomplished economist, titan of industry, or master of public policy to appreciate how there’s very little functional difference between ANY of those proposals for New Jersey’s economy. It’s like choosing between Stage IVC, IVB, and IVC of cancer. The diagnosis is slightly different but the terminal outcome is not.

We’re not arguing in the abstract here. Seattle is in the process of gradually raising its minimum wage and, as you’ve probably heard, it’s going badly. Very badly. Workers are losing hours and entry-level employees are finding less opportunities. Some workers are making more money, but many are needed to work MORE than one job to get there.

And guess what, Republicans backing $13? Here’s a blurb from a 2017 USA Today article:

“A report from the University of Washington (UW), found that when wages increased to $13 in 2016, some companies may have responded by cutting low-wage workers’ hours. The study, which was funded in part by the city of Seattle, found that workers clocked 9% fewer hours on average, and earned $125 less each month after the most recent increase.”

Surprised? Shame on you. This is economics 101. The minimum wage is a minimum because the workers who earn it possess MINIMUM value to their employers. They’re not invaluable as human beings! Simply as employees who perform work and, in so doing, confer an economic benefit on their employers. A 19-year old who is flipping burgers to buy books doesn’t flip enough burgers to justify a $15 salary, at least not without raising the cost of that burger to a point where the employer sells less burgers. So when our daddy state government interferes in the free market? And artificially increases the cost of these workers? Their corresponding value doesn’t increase, at least no proportionately. It’s more advantageous (and often economically necessary) to lay’em off or cut hours.

And it’s worse even than all of that. The minimum wage is a thoroughly cruel, misguided concept which helps robots (and the people who build them to replace low-skilled workers) but no one else, least of all working moms, students, and anyone struggling for social mobility.

The renowned black economist Thomas Sowell explained the flaws of the minimum wage in his classic 1980 book Knowledge and Decisions:

This is more than a theoretical point. Historically, lower skill levels did not prevent black males from having labor force participation rates higher than that of white males for every US Census from 1890 through 1930. Since then, the general growth of wage-fixing arrangements: minimum wage laws, labor unions, civil service pay scales, etc. has reversed that and made more and more blacks unemployable despite their rising levels of education and skills: absolutely and relative to whites.” 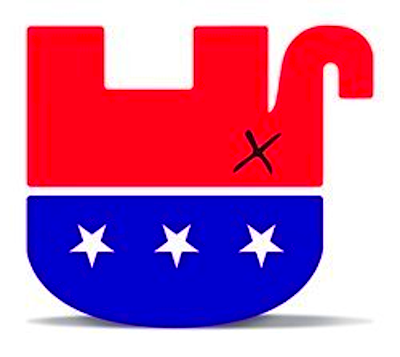 Why won’t Republicans just say so? And fight this?

And challenge a badly-flawed premise?

Rather than co-opt a horrible, debunked, prosperity-crushing idea in the vain hope of making it marginally less terrible?

In no particular order:

(1) Some actually believe in it. They’re not genuine believers in the Free Market. That’s disturbing but nothing new for the Northeastern Republican establishment.

(2) Most want to be loved. They’re going to spend the rest of their lives (and our patience) chasing far-Left voters who control the Media and complain about how mean/uncooperative the GOP is (!) but who are never, ever coming back no matter what the GOP does or how much we pine for acceptance. Our caucus often presents like the sad teenage boy who won’t stop calling the girl who dumped him. Enough already; it’s pathetic!

(3) They inexplicably believe cultural liberals are persuadable. There’s a LOT of this at play, too, but we found out in November 2018 that you can’t lure anatomical headgear-wearing, gender study-obsessed, MSNBC-brainwashed Leftists back from the cliff by leading with apologies for Republicanism. Our failure to fight for these people’s votes earlier in their lives is part of the reason WHY they’re so far gone today! The horse is out of the barn until external events (e.g. a major economic downturn on a Democrat’s watch) changes the chess board. What’s more, the historically small number of persuadable voters still on the table won’t be wooed by capitulating to all of the other side’s talking points (like the minimum wage). It’s sort of like a liquor distributor arguing “yeah, the other guy’s booze tastes a lot better, but ours will kill your liver cells more slowly.” What?

What the GOP should be doing on the policy front…

Indexing the state’s income tax brackets (another component of the GOP counter-proposal) is a poor trade-off for the number of folks who will be working less.

The EITC disproportionately aides those who don’t pay many (if any) taxes. This is redistribution. It’s unclear how/why/on what planet this particular item placates business owners who are about to get walloped.

Think bigger. Teach. Confront. Defend who we are AND LEAD with what we know is right. 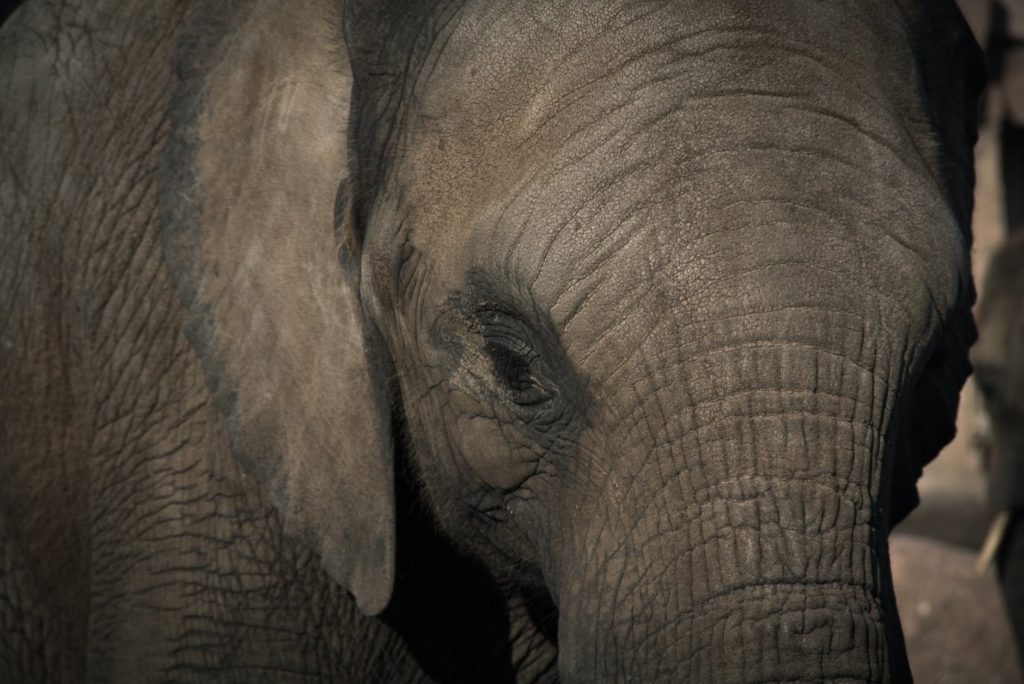 NJGOP legislators SHOULD be demanding tax cuts for businesses. Not Honeywell sweetheart breaks; cuts. Big ones for Main Street AND Wall Street alike. No more corporate welfare and no more Revel-style favoritism. Rescinding Murphy’s year one tax increases and eliminating government departments (like the Department of Community Affairs) which pump out job-killing and commerce-stymieing regulations and drive costs which are ultimately absorbed by taxpayers. ROLL BACK THE GAS TAX HIKES, too, because it’s a tangible sign of Trenton’s excesses particularly in light of the #snowmess and successor brine-spraying controversies of which MOST commuters are aware.

Embrace Christie’s ONE good second term idea: a flat funding dollar figure for EVERY child in New Jersey. Besides being fair and a wonderful spring board for reform, the notion of no child being worth more or less than another carries tremendous rhetorical appeal.

No more “we’ll tax you, too, but slower, and manage the money better.”

Bold, visionary stuff. The sort of bright, in-your-face points of contrast which won’t flip our state overnight but which could (1) start a conversation and (2) rekindle enthusiasm for Republicans running in purple legislative districts like LD1 and LD2 2019. In other words: get something going. Launch a taxpayer resistance.

“But Matt, that stuff is unlikely to ever happen!”

So your plan is what exactly, John Doe Complaining GOP Legislator? Sit back and spend your entire public career trying to make Trenton suck a little less? Taking it on the chin and singing please, Dems, may I please have another? Make it easier to be branded as a generic Republican by allowing the other side to define you?

Sorry to be the one to break the bad news: the Left will never love you guys. They proved that in 2017 and again in 2018. Reading from their script in a different tone of voice won’t change that. Sucking up to Steve Sweeney and Craig Coughlin won’t either, and it certainly won’t make the Democrats any less hungry for your seat when the time is right.

The people agree with us! They just don’t know it yet. Last night’s defeat of a quarter of a billion dollars in local bond referendums (in blue and red towns alike) is your first clue.

No, the GOP’s aim shouldn’t be securing the love of the Left but credibility as unrelenting, aggressive, uncompromising ADVOCATES for the people who pay the bills. MAKE. NEW. REPUBLICANS. Win them by showing you’ll fight for them which, ironically, is probably the purest act of love. It’s uncoincidentally the only road to a majority albeit one for which will take awhile and there are no short cuts. Walk it! Or consider retiring. You’re fighting or you’re taking up space. Anyone who genuinely loves our state and its people no longer has a real choice.