Trump’s masters course in how to dominate a conversation 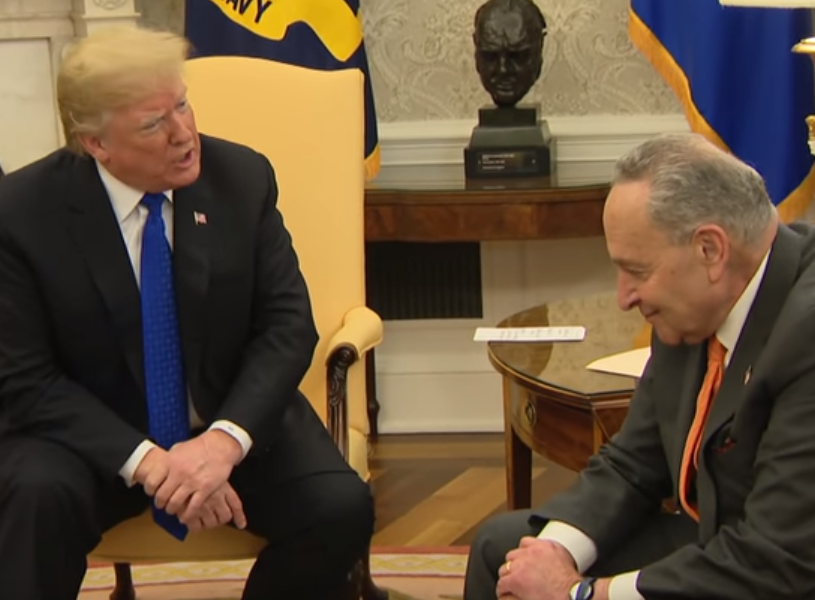 He says things you or I might not. He tweets some, too.

But if you needed a reminder of the reason why Donald Trump remains extremely popular with the Republican base, and for good reason, look no further than this video excerpt from today’s testy meeting in the Oval Office between President Trump, Vice President Pence, and the Democrat congressional leadership.

He (rarely) accepts the other side’s premise, refuses to allow the adversary to shout him down or talk over him, and he isn’t afraid to say something considered taboo by the ruling class (shutting down the government is an acceptable outcome) to make the electorally salient point (his base responds to the border security issue).

All things the rest of his party either cannot do or are not willing to do.