AOC tackles climate change: “Like, this is our World War II.” 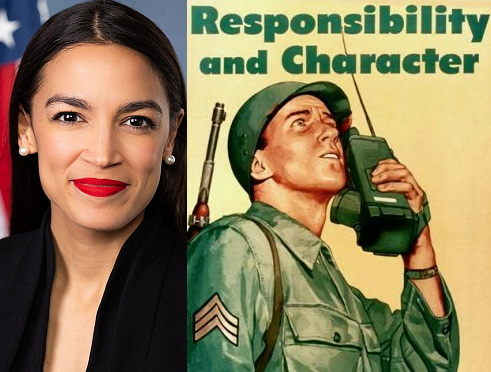 WASHINGTON, D.C. — 67 years ago? America’s 20-somethings were mobilizing for war overseas, signing up for factory work, and doing whatever the could, no questions asked, to get the arsenal of democracy to a point where it could confront and defeat fascism.

Today? America’s most infamous millennial politician (New York socialist Alexandria Ocasio-Cortez) told an interviewer on Monday that the challenge presented by climate change is on par with World War II. That’s right: Normandy, Iwo Jima, and the Battle of the Bulge = combating carbon dioxide to the AOC and like-minded members of her generation.

In her own words:

AOC on millennials and climate change: “Like, this is our World War II.” pic.twitter.com/f8Pu1v8gDf