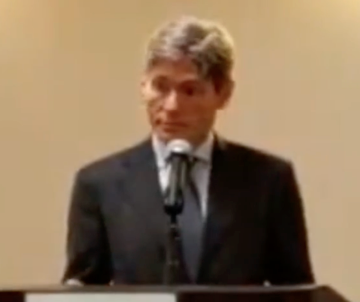 TRENTON, N.J. – Only ONE New Jersey freshman in the U.S. House thinks notifying U.S. Immigration and Customs Enforcement (ICE) whenever illegal aliens attempt to purchase firearms is a bad idea.

Care to guess who, Save Jerseyans?

A Georgia Republican had championed an amendment to House Democrat background check legislation (which passed 240-190) to provide for ICE notification. The roll call was 220-209.

New Jersey itself is now a so-called “Sanctuary State,” raising the stakes for Garden State residents. Rep. Malinowski’s vote against allowing ICE to know when illegals try to buy guns through the National Instant Criminal Background Check System is, according to NJGOP Chairman Doug Steinhardt, proof that the Central Jersey federal legislator is out-of-touch.

“Tom Malinowski is way out of step with the people of North Jersey. Today, he proved to be a part of the ‘Sanctuary State’ culture in New Jersey that is perpetuating a prioritization of coddling illegal immigrants rather than supporting taxpayers and keeping our communities safe,” said Steinhardt. “It’s common sense that Law Enforcement is at its best when agencies are communicating and sharing data. This was obvious and important enough to earn the support of New Jersey Congressional Democrats Van Drew, Kim, Gottheimer and Sherrill, and, of course, Republican Chris Smith.”