Why What Some Call ‘Brash’ Remains Triumphant | CIRUCCI 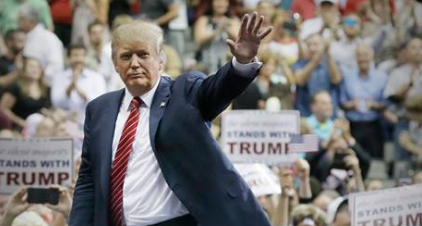 A new academic study says that President Trump has broken with his predecessors on yet another front.

It seems a group of learned academicians who know about these things have found that both Trump’s style of speech and his actual words score higher on the confidence scale and lower on the analytical scale than all modern president starting with Woodrow Wilson and even going all the way back into the 19th century.

Here’s the way it breaks down: an analytical speaker is more likely to speak in conditioned terms with language that is couched in nuance and an either/or structure. Theoretically, an analytical speaker relies more on logic, building a case in a structured, orderly manner. On the other hand, what’s described as a confident speaking style presumably relies on clear, bold declarations; avoids conditional adjectives and adverbs and even embraces superlatives and visual imagery to make a case. Wilson was the first to use the more confident style but no one has broken with the analytical approach more than Trump has.

So, President Trump has rewritten the rules when it comes to presidential communication and this applies whether we’e talking about a stump speech a political barn burner or a state of the union address. Even President Trump’s inaugural address in 2017 was a broad-brushed symphony of self-confidence delivered in a breathtakingly vivid fashion.

How does President Trump accomplish all this and why is he so unafraid to break the rules?

Well, for one thing Trump is simply a natural-born salesman. Nearly his entire business success has been built on his sales acumen. When it comes to selling, no matter the product, his instincts have proved to be peerless. He implicitly trusts himself to make the sale and he delivers nearly every time.The confidence that he exudes is not merely part of his own charisma but it’s inherent to the brand that he has created.

The confident style can have way of sticking with the audience. So, when President Trump says “That I can tell you” or “Don’t worry, it will be done,” there’s a finality and a certainty to the words.

Part of the reason for this is the fact that President Trump doesn’t hesitate when he speaks. There are no long pauses or “ehhs” or “uuuhhhs” or “ahhhs” in his delivery — none whatsoever. Yes, he often uses a teleprompter but so have all of the other presidents in the modern era. The difference is that Trump simply does not stumble. And, incredibly, he can turn away from the text of the speech in the prompter even for significant lengths of time and then turn back to it seamlessly. 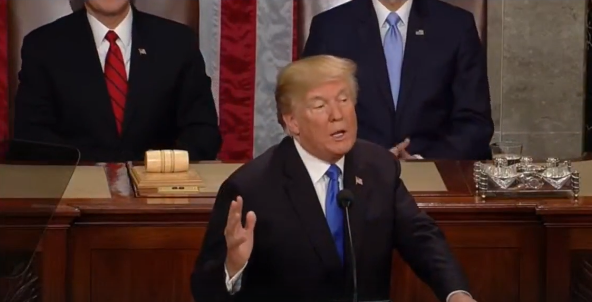 Trump also has an impressive ability to read his audience. Reading an audience while you’re delivering a speech is a fine art. Because he’s constantly taking the pulse of the audience (astutely determining their level of interest, engagement, enthusiasm or lack thereof) Trump can easily hold a crowd’s attention for 40, 60, 80 or even 90 minutes.

Again, this ability probably comes from Trump’s depth or experience as a salesman. If you can’t gauge the potential customer’s level of interest while you’re making your sales presentation, you’ll never make the sale. You need to know when and how to use certain techniques or rhetorical devices to close the deal.

Because he is inherently visceral and instinctive, Trump doesn’t need analytics. In fact, he’s probably suspicious of metrics, and rightfully so. This is a man who trusts his heart and gut and his appeal to his audience is heart-to-heart and gut-to-gut. He knows that his vast army of enthusiasts “get it” — that they understand what he’s talking about and where he’s coming from — even if so-called “detached” observes can’t fathom his appeal.

Watch Trump closely and you will see there’s a method to what intellectual snobs would dismiss as his madness. He knows when to slow down or speed up in his delivery. He understands the ebb and flow of a speech. He knows when to break away for an anecdote, a self-deprecating remark, a clever observation, the biting dismissal of a foe, the expression of heartfelt gratitude and even a poignant aside. At the same time, he will stay on message and come back to the same words and phrases again and again. These become part of the Trump lexicon and the contribute to this president’s iconography.

Finally, credit must be given to Trump’s speechwriters and among these the master is undoubtedly Stephen Miller. At 33, Miller is a wunderkind — a shrewd political operator, a consummate strategist, a bold visualizer and a master of the written and spoken word.
Because the media are so consumed with TDS (Trump Derangement Syndrome) they have been unable to even begin to recognize President Trump’s impressive abilities as a communicator and his remarkable accomplishments. But this is probably just as well. Like Ronald Reagan, President Trump doesn’t always mind being undervalued or underestimated. If all this gives him more room to devise, surprise and ultimately triumph, so much the better.