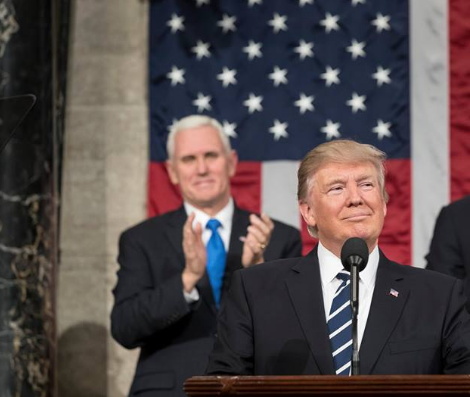 So, it seems Karl Rove has some advice for President Trump.

Rove thinks Trump should ease up on his critics. Specifically, Rove wants Trump to back away from bashing those who undermined Trump’s presidency for more than two years by feeding the Big Russian Collusion Lie and other lies that have now been fully discredited by the Mueller investigation and its final report.

You know who we’re talking about: Comey, Brennan, Strzok, Page, Lynch, the Clintons, the Obamas, Schiff, CNN, MSNBC, the NYT and WaPO, Pelosi, Schumer, Streep, De Niro, Behar and dozens of others.

Now that he’s clearly vindicated, Trump wants to go after all of them. And one can hardly blame him.

But Rove is urging the President to back off.

Rove seems to want President Trump to just let it all slide.

Let it slide after you and your family have been viciously and repeatedly maligned for more that 675 days, day-after-day, hour-after-hour, minute-after-minute in countless public forums and on nearly every media outlet imaginable.

Rove argues that Trump lashing out at his critics is a losing game because Trump’s supporters are simply not as revved up as his detractors. What? Maybe Rove hasn’t watched any Trump rallies lately.

Rove points to recent polls to back up his contentions — the same polls that said Trump would handily lose the 2016 election to Hillary Clinton. You remember those polls, don’t you?

Let’s not forget that Rove was trained by the Bush Family — a clan steeped in traditional, country club style Republicanism.

Old school preppy Republicanism says “don’t rock the boat; don’t answer in kind; don’t worry about responding to your critics because they’re beneath you anyway.” In the cushioned world of waspy, tweedy Republicanism you slough off criticism by sinking into your club chair, sipping your martini and polishing your putter.

Stiff upper lip. That was the style that the Bushes perfected. But, all the while, their surrogates did their subversive dirty work for them in an ongoing effort to assure la famglia credible deniability.

But with Donald Trump, what you see is what you get.

He means what he says and says what he means. He doesn’t need to be represented by or filtered by or interpreted by surrogates. And he doesn’t pretend to play nice when he’s taking you on. When he come after you, you know it.
This is why the American people elected Donald Trump.

The people chose a grappler — someone who wouldn’t flinch; someone who would fight for them and hit back hard against any foe. Voters were weary of the same old pretensions and the endless insider game that allowed the power elite to act like they were sparring when they were actually feathering each other’s nest. The people were wise to it all.

That’s what opened the door to Donald Trump and a new era of “don’t tread on me” politics.

So, no — Donald Trump will not defer and he will not back off.

The days of turn-the-other-cheek Republicanism are over.

The only cheek we’ll be turning is the lower one., thank you!