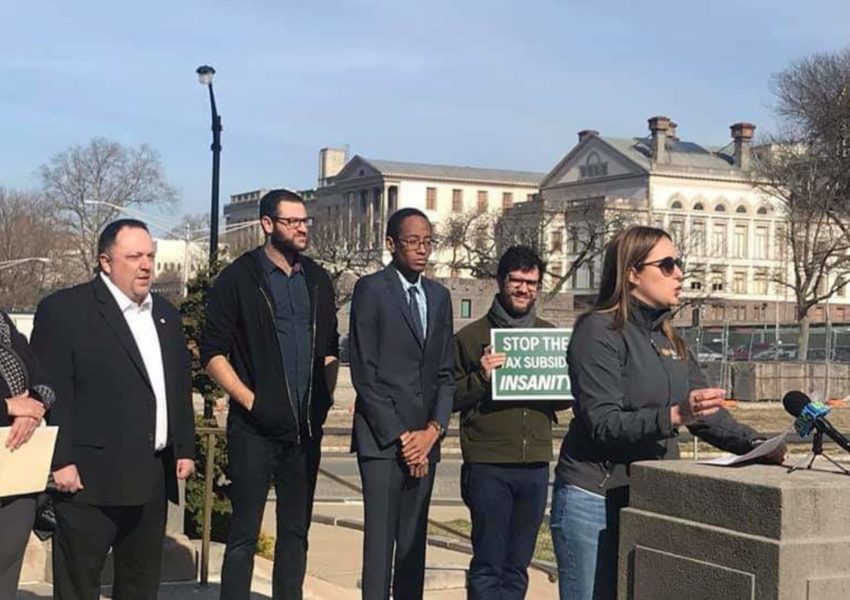 By Americans for Prosperity-New Jersey

At Americans for Prosperity – New Jersey, we will unite with anyone to do right — especially when it comes to defeating corporate welfare schemes.

To receive tax subsidies, corporations are supposed to create a certain amount of jobs. However, a recent audit by the New Jersey Comptroller discovered that the EDA awarded $11 billion in tax subsidies — in many cases without verifying that the companies had created those jobs.

And last week, WNYC reported on a 2015 lawsuit, which alleges that, under former-Gov. Chris Christie, the EDA put pressure on staff to approve billions in tax credits, manipulated the cost-benefit analysis mandated by tax incentive programs, and chose to ignore fraudulent applications.

So, not only have New Jersey taxpayers been handing over their hard-earned money to corporations that don’t need it, but they have gotten little to nothing in return.

“Recent headlines about the EDA whistleblower lawsuit exemplify why New Jersey is one of the worst states in the nation when it comes to the practice of picking winners and losers,” said AFP-NJ State Director Erica Jedynak, “giving special handouts to a favored few and leaving everyone else to pay the price.”

New Jersey has one of the worst business climates in the country. One big reason for that is the Economic Opportunity Act of 2013. Billions in corporate welfare deals were promised to several well-connected corporations, and, in paying out those deals, the state is set to lose $3.5 billion in revenue over the next three years.

Programs created under the act are set to expire this year. The governor is rightly calling for reforms, which are a good starting point to putting the Garden state on the right path toward eliminating these programs altogether. His reforms include placing a hard cap on per-job annual awards and enabling greater transparency.

The ensuring investigation and proposed reforms are a step in the right direction toward bringing fiscal sanity. Corporate welfare depletes the state’s coffers, reduces the ability to pay for essential priorities and erodes public trust.