Murphy rolled over on congestion pricing. DuHaime says Cuomo couldn’t have done it to Christie. 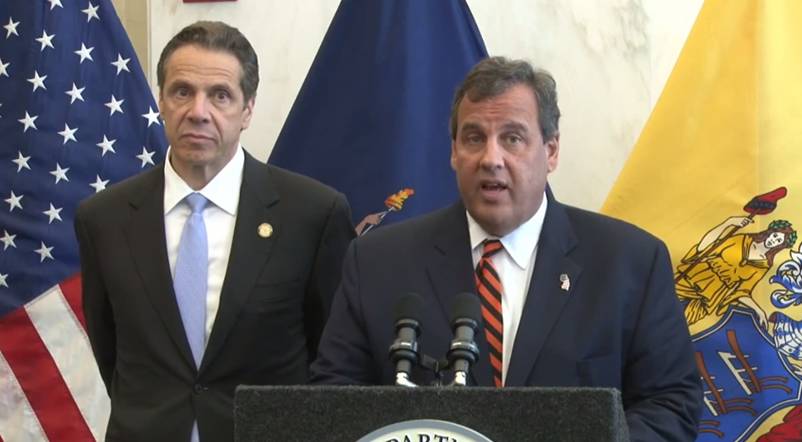 Governor Murphy doesn’t like it. Governor Cuomo doesn’t seem to care. Would Cuomo have even tried it with Chris Christie?

“Double-tolling those commuters would make this plan neither fair nor equitable, and it could make it counterproductive,” complained Murphy at an unrelated Cranford press conference.

But Murphy isn’t prepared to fight back either.

“I love the Jersey attitude. I love the fact that he said that,” added Murphy when asked if he’d consider a retaliatory congestion pricing plan. “I would hope we could find a solution … which is somewhere on the common ground.”

Former Christie adviser Mike DuHaime opined on Twitter that Cuomo may have thought twice about trying such a move with former Governor Chris Christie:

These are fights NJ governors must win, but I fear Gov Cuomo cares little about Gov Murphy’s lobbying.

And while NY has been talking about congestion pricing for years, Gov Cuomo never attempted this while @GovChristie was in charge. https://t.co/Jya2fR7F7Y

Christie, a Republican, enjoyed an unusually close (and sometimes criticized) relationship with the Democrat Cuomo during the former man’s tenure as governor of New Jersey. They frequently collaborated on transportation issues impacting the region.

Christie refused to suppose Cuomo’s Republican opponent when the New Jerseyan headed the powerful RGA, dismissing Rob Astorino as a “lost cause,” a move which some say undermined the GOP’s chances of mounting a strong challenged to the Democrat.