Weinberg had her chance to fight for women silenced by Phil Murphy. She failed. 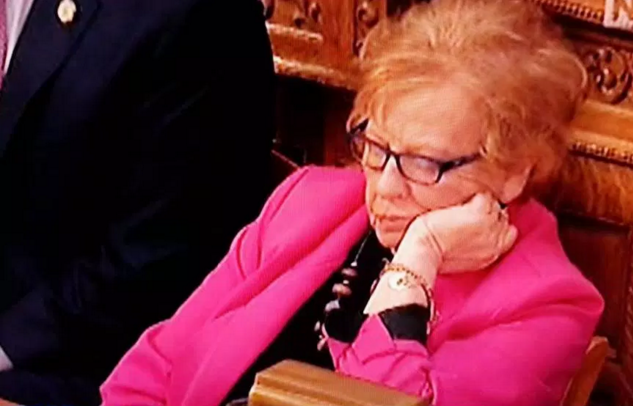 The beef for this ‘feisty grandmom’ from Teaneck? She says the proposed confidentiality language may silence — the better word here is gag — alleged victims. That’s a bit rich.

Weinberg sponsored a bill to clip NDA’s. Murphy’s latest action may make that legislative effort feel less consequential by subjecting those who speak up (or to the media) to potential termination.

More to the point, when Weinberg had the chance, she repeatedly refused to subpoena the prosecutor responsible for allegedly mishandling the Katie Brennan-Al Alvarez case which brought all of these Murphy Administration personnel issues into the headlines. She steered the committee’s focus AWAY from that layer of inquiry. It was a chance to blow everything wide-open and demonstrate a little independence and she blew it Why?

I offered my own theories here.

We’ll see what the Civil Service Commission does. They don’t seem amenable to the new changes (which conflict with the Administration’s originally proposed amendments).

What’s clear to me: once again, a leading Democrat/hard left voice (usually dripping with condescension and self-righteousness) in the state legislature is proving to be more bark than bite when a chance to REALLY hold powerful actors accountable presents itself.