Biden tells AOC to ‘calm down’ on climate change 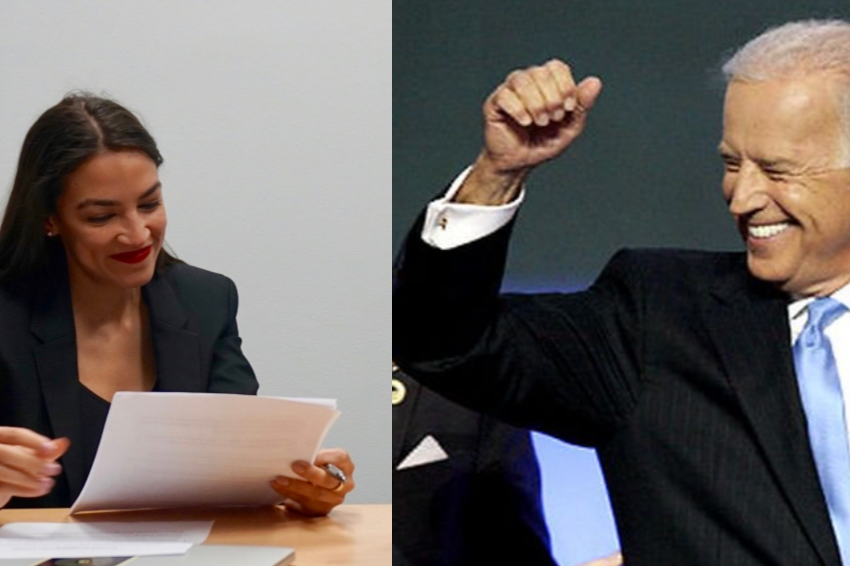 WASHINGTON, D.C. – Democrats may need to overcome their own differences if they want to stand a chance of overcoming President Donald Trump in 2020.

The latest fight: Biden versus AOC on climate change.

As with many things in the modern age of politics, sound bites quickly led to all-out social media combat.

“I’ve never been middle of the road on the environment… [t]his is a long campaign and everybody should calm down a little bit,” Joe Biden passive aggressively complained to a gaggle of reporters gathered in New Hampshire on Tuesday, responding to a spate of criticism leveled by freshman House Democrat Alexandria Ocasio-Cortez and other Green New Deal proponents who believe reports of a forthcoming middle-of-the-road Biden campaign plan to combat climate change signal an electoral non-starter.

“I will be damned if the same politicians who refused to act then are going to try and come back today and say we need a middle-of-the-road approach to save our lives,” Ocasio-Cortez declared at a Monday appearance. “That is too much for me.”

This is a dealbreaker.

There is no “middle ground” w/ climate denial & delay.

We’re not going to solve the climate crisis w/ this lack of leadership. Our kids’ lives are at stake. https://t.co/KvrBmaJd75