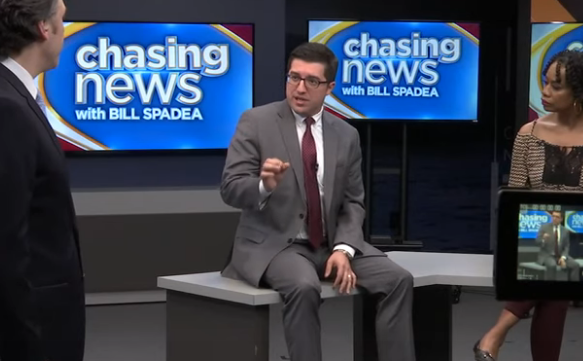 TRENTON, N.J. – The circle game hoax is back in the news this week, Save Jerseyans, now that the Chicago Cubs have investigated (and banned) a fan for life after the man in question made the gesture on-air. This story comes mere weeks after the Yankees and Flyers dropped Kate Smith’s classic ‘God Bless America’ from their respective venue line-ups.

Save Jersey Founder and Blogger-in-Chief Matt Rooney returned to Chasing News this Wednesday to give his take on this latest manufactured controversy.

“It’s hard for me to understand, ’cause I’m not one of these people who gets up every day, puts my pants on, brushes my teeth, and looks for reasons to get offended, but apparently that’s pretty prevalent in our culture right now,” Rooney told host Bill Spadea. “And there’s this hyper-sensitivity in corporate America where when there’s even the whiff of somebody being offended they over-react, and it’s all the more traffic because it’s infiltrating sports. This is where we used to go to come together and put all of this nonsense aside, and now it seems like it’s the frontlines of this culture war, and it’s terrible.”

It got heated from there.